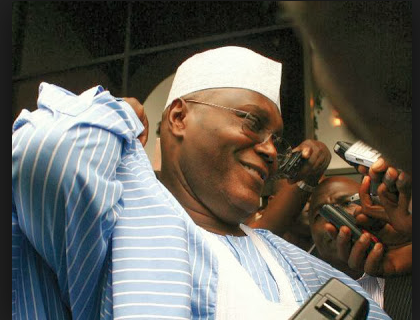 (AFRICAN EXAMINER) – The Presidential Election Petition Tribunal has fixed Wednesday, May 15 for the pre-hearing of the suit filed before it, by the Presidential candidate of the opposition Peoples Democratic Party (PDP), Atiku Abubakar.

The former Vice President (VP) is challenging the victory of President Muhammadu Buhari, who was declared the winner of the last Presidential election by the Independent National Electoral Commission (INEC).

The head of the Tribunal who doubles as the President of the Court of Appeal, Justice Zainab Bulkachuwa, made the announcement at the inaugural sitting of the panel.

While calling the petitions one after the other, Justice Bulkachuwa, specified that apart from Atiku, another petition before it was filed by the Hope Democratic Party (HDP) and its candidate, Ambrose Awuru.

Similarly, the Tribunal fixed pre-hearing of the HDP petition for Tuesday, May 14. The panel also announced that pending interlocutory applications are to be heard at the next sittings.

In all, there are a total of four petitions filed to challenge the victory of President Muhammadu Buhari and the ruling All Progressives Congress (APC).