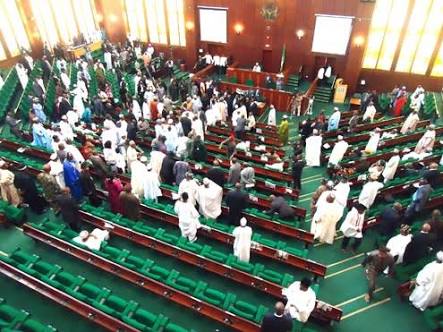 The House of Representatives on Wednesday approved the creation of a committee on Internally Displaced Persons IDPs, Refugees and Initiatives of the North East zone, thereby increasing the number of its standing committees to ninety.

Following the creation of the new committee, the House resolved to move matters of refugees and internally displaced persons from the Human Right committee to the newly approved committee.

The resolution by the House was sequel to a motion entitled “creation and jurisdiction of additional committee, pursuant to order 19, rule 216 (1) of the standing orders of the House of Representatives” sponsored by Emmanuel Orker- Jev (APC Benue)

In his opening debate, the lawmaker described the Boko Haram Insurgency and its devastating effects in the North-East zone as compelling the need to adopt extra ordinary measures towards rebuilding the zone which he said had been in the theatre of war.

He noted that with over two hundred thousand people dead and five million others displaced as a direct result of insurgency in the zone, the development requires the creation of a House Committee devoted exclusively to handle the task of rehabilitation, reconstruction and re-integration of the zone and its displaced people.

The House unanimously agreed on the motion after the Presiding officer, Speaker Yakubu Dogara put the issue to voice vote.

Parts of the terms of reference of the new committee would be the oversighting of the ministry, agency, parastatals of government department responsible for IDPs, refugees, migrants and stateless persons.