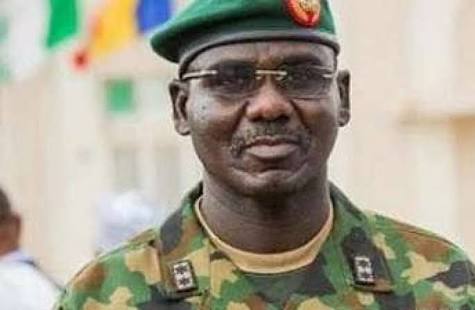 (AFRICAN EXAMINER) – A corporal (name withheld) in the Nigerian Army, serving in Borno State Wednesday opened fire, killing four of his colleagues and later killed himself.

The spokesman of the Nigeria Army, Colonel Sagir Musa confirmed the sad development in a statement.

He said the soldier, who also injured two other soldiers, was serving at the theatre command coded Operation Lafiya Dole, camp 15, located at Malam Fatori, a border community.

The Army Spokesman disclosed that efforts were ongoing to contact the families of the four gallant colleagues who paid the supreme price in the line of duty.

Meanwhile, the investigation into the case according to Musa has since begun so as to determine the circumstances that led to the unfortunate incident.

It would be recalled that in November 2017, a soldier on deployment in Nigeria’s restive North-east opened fire on a Captain and in the process, killing him and later turned to self.