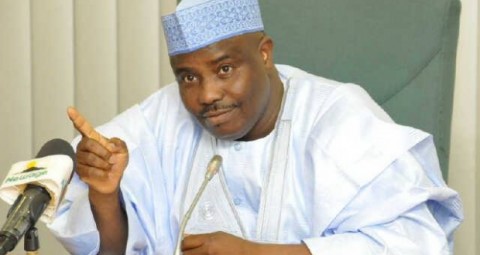 Alhaji Isa Sadiq-Achida, the state APC Chairman made the call at a press conference on the current happenings in the state.

He described the state’s 2020 budget as a “mere chain of broken promises.”

According to Sadiq-Achida, the People’s Democratic Party administration in the state is using easy approach to infrastructure development “by hiding under International donor and Intervention agencies for its capital projects.”

“Similarly, the much-celebrated construction of refuse dump sites by the state Ministry of Environment is being funded by World Bank intervention program (NEWMAP).

“The fact is that the PDP government has no moral right to claim credit for the success of international donor agencies while at the same time, diverting our scarce resources into inexplicable channels,” he said.

The chairman added that the only completed projects in the state by the Tambuwal administration are those with foreign funding, while those being funded directly by the government remained uncompleted.

Sadiq-Achida further alleged that nothing was said about the successes recorded by the government in 2019 during the presentation of the 2020 budget.

“This is in complete contrast with the established tradition where government review their performances on the outgoing budget, highlighting their achievements before presenting a new one.

“This is the normal practice all over the world. Apparently, the Sokoto state government has some skeleton in its cupboard and is therefore avoiding scrutiny,” he alleged.

The APC further described the recent award to Tambuwal by the Nigerian Tribune Newspapers as a great insult to the collective intelligence of the people of the state.

“The Nigerian Tribune owes the people of Sokoto state an explanation as to the criteria used and the selection process which led to the choice of Tambuwal as a champion of education.

“In the educational sector, despite the so called huge budgetary allocation of N47.4 billion, representing 27.9 per cent of the 2019 budget, complemented with the unfair deduction of civil servants salaries, this administration is still finding it difficult to settle the examination and registration fees of our children, who continue to lose admission opportunities,” he said.

The APC chairman advised the state government to consider capital projects as a veritable tool of fighting poverty.

“This is because of their multiplier effect in stimulating growth and development of small businesses that have often provided succour to our teeming jobless youth,” he explained.