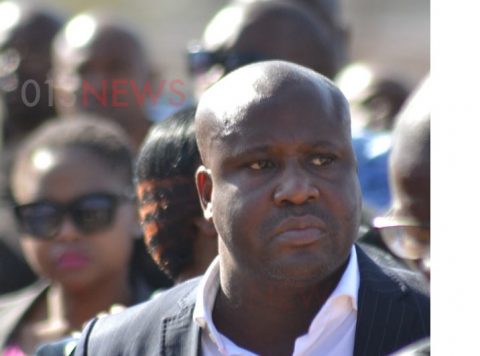 (AFRICAN EXAMINER) – A former State Security Minister, Bongani Bongo, now a parliamentarian from the ruling African National Congress (ANC), has been arrested on corruption charges, the Office of the ANC Chief Whip in Parliament confirmed on Thursday.

“We are aware that the MP (Member of Parliament) was arrested by the Hawks (a special anti-crime unit) on allegations of corruption,” said Pemmy Majodina, spokesperson of the office.
Soon after his arrest on Thursday, Bongo made a brief appearance in the Cape Town Magistrate’s Court, Majodina said.

Bongo, currently chairperson of Parliament’s Portforlio Committee on Home Affairs, has been released on bail. He is required to return to the court on January 31, 2020.

As part of his bail conditions, Bongo may not interfere with witnesses and cannot travel abroad without informing the investigating officer, said Majodina.
The ANC will not comment on the allegations labeled against Bongo as the party wants to allow the law to take its course, Majodina said.

Bongo is facing 13 charges of corruption.

Eskom, haunted by corruption and poor management, has been blamed for a worsening power crisis in South Africa.
The opposition Democratic Alliance (DA) welcomed the arrest of Bongo, saying his actions were a gross violation of the law and his oath as a member of the Executive.

Bongo is but one of many who actively participated in the selling-off of state-owned enterprises, The DA claimed.

“We can only hope that his arrest will be the first of many,” the party said./NAN