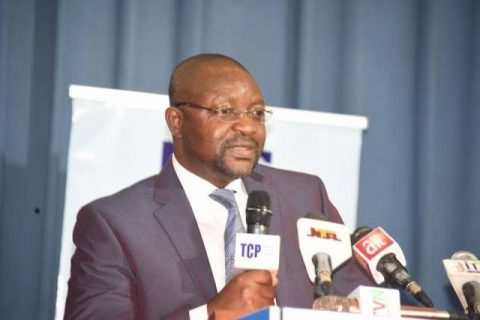 (AFRICAN EXAMINER) – The Minister of Youth and Sports Development, Mr Sunday Dare, has sacked Sunday Adeleye, the embattled Technical Director of Athletics Federation of Nigeria (AFN), making him the first casualty of radical reforms taking place in the sports ministry.

Special Assistant to the Minister, Kola Daniel, said in a statement that Dare also ordered the recall of AFN Secretary General, Elijah Ademu, to the Ministry, while a new scribe would be announced in due course.

“Adeleye’s removal followed the report of the Advisory Committee on the Poor Performance of Team Nigeria at the IAAF World Athletics Championships, Doha – Qatar 2019.

“A letter from the Ministry of Youth and Sports Development to AFN President, Shehu Gusau, directed him to inform Adeleye of his sack.

“Consequent on the recommendation of the Advisory Committee, I am further directed to convey the directive of the Honourable Minister for the immediate removal from office of Adeleye as Technical Director of the AFN.

“This is on the account of ascertained gross misconduct. Accordingly, you are directed to convey to Adeleye in writing this directive and evidence of compliance delivered to the honourable minister,” the statement said.

Daniel added that the Advisory Committee had in its report indicted Adeleye in varying degrees in the handling of the Federation’s affairs in Doha./(NAN)