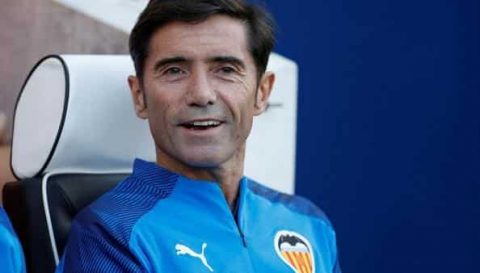 The team have picked up only four points in five matches since the season re-started after the COVID-19 hiatus, slipping way behind in contention for UEFA Champions League qualification.

Back-to-back defeats by Eibar and Villarreal respectively left them eighth in the standings on 46 points, eight points behind fourth-placed Sevilla with six games remaining.

Valencia appointed Celades last September after taking the surprising decision to dispense with Marcelino, who had led the club to successive top-four finishes.

This had ended an 11-year wait for a major trophy, and Marcelino had guided them to win the Copa del Rey.

Celades had never previously been a first team coach at club level.

He had built his reputation as Spain’s under-21 coach and as an assistant to Julen Lopetegui with the Spain side and Real Madrid.

Celades made a difficult start in losing his first game in charge 5-2 to FC Barcelona.

But he improved his reputation by taking the team into the last 16 of the UEFA Champions League, where they were eventually knocked out by Atalanta 8-4 on aggregate.