Tension In Imo Over Kidnap, Murder Of Catholic Priest 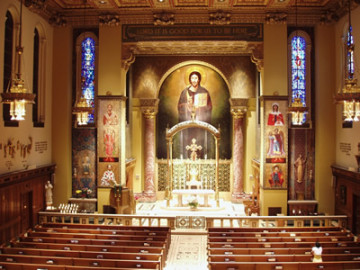 African Examiner gathered that the development has thrown the entire Catholic Diocese of Orlu and environs into shock and tension, as priests in the area  now operates in fear.

As at the time of filing this report, the Bishop of the Diocese, Most. Rev. (Dr) Augustine Ukwuoma, was yet to make any official statement on the ugly  incident.

The cleric, was allegedly kidnap from his vehicle in Orlu town in Orlu council  Area of the state Friday morning.

Mr. Chris Ezike, the state Commissioner of police, said following a manhunt by his men, the remains of the priest was discovered in a bush at Omuma Community in Orlu East Local Government Area on Saturday.

He disclose that the lifeless  body was identified by priests of Orlu Catholic Diocese after they were alerted by the police of the discovery of an abandoned body in the bush.

The Imo  police boss, hinted that the late cleric’s vehicle was discovered intact, with nothing removed from it, adding that the body had no gunshot or wounds, leading to speculation that he may have been strangled.

Ezike said no arrest has been made so far, but assured that the police is working tirelessly towards unmasking  perpetrators of the dastardly act.