The Nationalists Are Back To Power In Nigeria 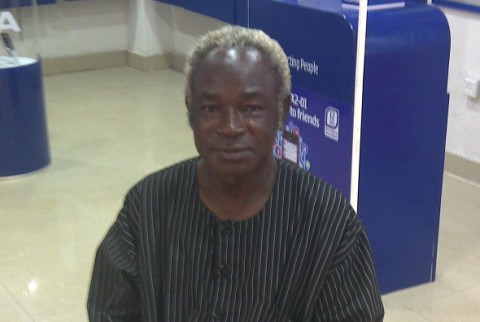 By Prof R. A. Ipinyomi, University of Ilorin, Nigeria –  If you like you may call the Nigeria new President, Gen Muhammad Buhari, a retired Nigerian soldier or even a former Nigeria Head of State. You may also refer to his abortive and unseccessful attempts in 2003, 2007, 2011 to return to power that was snatched from him and his comrade late Gen Idiagbon in 1985 by IBB. Other questions that are not obvious to ask is why all these efforts and attempts? Since the failure of the Nigeria’s First Republic administration the Nigeria nationalists, especially in uniform, have been making attempts to seize power but the other Nigerians “dressed up politicians by the powers that be” had been preventing them. Only very few others are left now but Buhari is one of them. Gen Obasanjo ought also have been a full Nigeria nationalist but he is often derailed and swigging here and there. Buhari has remained consistent but we don’t know whether democracy and the people around will tame him in. He may need a little learning of the rope again and the ethics of politics.

Fortunately for Nigerians we are in the social media empire which is becoming a formidable third power player; the Nationalist, the Republican and the Social media powers. Confronting Nigeria and most of the third worlds are fears, corruption, insecurity, and several incapacitating forces. We must distinguish between African nationalists and it’s republicans. Most of the so called nationalists originate from anti-emperializm and anti apartheid with some emphasis on socialism, whereas the African republicans are almost always western world sponsored African leaders who also invest their stolen money in various western government banks. Their homes in London or elsewhere are bigger than Queen Elizabeth Palace. Buhari remains a core African nationalist who has refused to be induced by money or the spoil of office. The missing link however is how to lead his country from inside the deep woods of corruption, ineptitude, ethno-religious divide, great socio-economic inequalities and move to a modern 21st century that attracts people and investments from anywhere on the planet earth. He needs to build a modern society that attracts everyone and all investors and guaranteeing their safety and wellbeing. His team of experts must be sharp, broad, current and people ahead of the general public.

Hence the Nigeria societies require both the within and between regional and community agreements. For example, and using the Igbo community for this little demonstration of within and between unity agreement, Igbo as a block must henceforth believe in the entity called Nigeria. They should no longer behave “a nagging wife scenario”, threatening to leave the union unless they are part of leadership. Their community should love and trust every other community in the union, and vice versa. Nigeria needs this twofold internal unity. It is not up to the government in Abuja but up to the individual community. Another example of current value is the Tinubu-Buhari-Ameachi and others who agreed and came up with APC party. We know that the agreement failed to materialised in 2011 but they kept working on it. That platform gave a safe haven to the PDP governors who saw the level the nation had fallen on moral biometric scale under their own PDP. Nigeria should always have a plan B in case place A fails. There must come a time when corruption ought to look dirty and the curse it really brings to a people. Enough should be enough at a stage therefore our unity to confront our societal norms, it’s good and it’s evil is not negotiable. Nigerians should speak with common value system even under a multi party arrangement.

Incidentally the new spirit in Nigeria coincides with the becoming of age of ECOWAS at 40 years. That organisation is not yet to be celebrated because over the years the enormous investment in it is not worth the little results on the surface. Communications between the sub-region and economic trade within the communities are still very insignificant compared to the same volumes between their respective colonial masters. I was of the opinion of inviting more members like Southern Sudan and those close to Cameron to join. There would be nothing to benefit in territorial expansion if the existing empire is just struggling to exit and only in name. President Buhari and his team must incorporate ECOWAS and AU affairs in their core agenda of both economic and foreign policy. Similarly internal cohesion and coexistence can be best addressed by eliminating factors that promote them. For instance 100% admission to our federal universities should be on merit and not designating some states as educationally more backward and therefore favoured. No, each state now has a university to use to bring up its citizens. All admission and appointments to federal government of Nigeria universities should be on merit henceforth. Corruption has entered admission processes at all levels and a merit card can address that where each Vice Chancellor should be accountable for admitting a candidate with Grade B over another with grade A minus.

Several contributions and suggestions have been published on economy, unemployment, energy and fuel subsidy, insecurity, and even on democracy. In a good spirit, the president can plan strategies to solving the problems and in a modern way. We will like to iterate that most political leaders face a different set of problems other than their campaign issues. Nigeria is also a dynamic society and Gen Buhari will be tested and the examination will come on topics and time no one knows. The examination will not be as simple as pronouncing a difficult Yoruba name like Osibanjo or Obasanjo by a Fulani. For example the immediate past government took both their unity and Boko Haram insurgents for granted. They also took appointment of competent office holders for granted. People who should not have risen beyond a local government chairmen or subheadings of a parastertal became head of State or governors. When their tests came they were still drunk and during election they turned only to financial inducements even to saintly quarters where bride is a curse. Boko Haram was dressed as action of opposition and a simple blame game. Meanwhile violence may be transferred from one section of the country to another because of ill political calculations. We pray that when Gen Buhari will face his test that the result will be great. It will not be a militarily or corruption induced test where he has strong points. Each politician will face a major test in every tenure. Hence our advice is that they stay awake, armed and ready at all times like what we were used to say as scout boys.

We can redefine an African nationalist as one who knows where the position of Africans and Africa ought to be in world history and is ready to take them through. An African nationalist is no longer by colour or race but politicians, economists and investors, scientists and administrators that are conscious to the plight of common Africans and desire to make a change. Politics and morality should not be conflicting issues but the effectiveness of the positive change. We notice that in Africa the rate of development is actually very rapid, like 5% per annum, whereas it could have been as high as 30% but for corruption and visionless leadership. African nationalists should endeavour to research widely for loyalty rather than only on morality. This is where I sign up with people who put APC together and many of them with vast estates and allegedly questionable assets. As long as they are loyal to the great future of Nigeria and our well being they should be allowed.