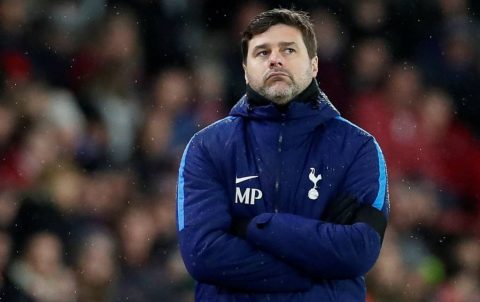 (AFRICAN EXAMINER) – Tottenham Hotspur manager Mauricio Pochettino has fired by the club a disappointing start to the season, the Premier League club said on Tuesday.

The Argentine, appointed by the north London club in 2014, had turned Tottenham into a force in England and took them to the Champions League final in June.

Results have tailed off badly this season, however, and Tottenham have won only three of their opening 12 Premier League games and are in 14th spot.

They were also thrashed 7-2 by Bayern Munich in the Champions League.

Pochettino’s assistant Jesus Perez and the rest of his backroom staff have also been relieved of their duties, the club said in a statement.

“We were extremely reluctant to make this change and it is not a decision the Board has taken lightly, nor in haste.”

“Regrettably domestic results at the end of last season and beginning of this season have been extremely disappointing.

“It falls to the Board to make the difficult decisions — this one made more so given the many memorable moments we have had with Mauricio and his coaching staff — but we do so in the club’s best interests.” Tottenham chairman Daniel Levy said.