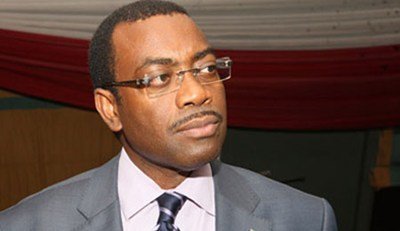 (AFRICAN EXAMINER) – Steven Mnuchin, U.S. Treasury Secretary, Steven Mnuchin, has called for an independent probe of the president of African Development Bank, Akinwumi Adesina, rejecting a move by the board to end its investigation.

The secretary stated this in a letter and addressed to Niale Kaba, chairwoman of the bank’s board of governors, stressing that the Treasury disagrees with the findings by the bank’s ethics committee that “totally exonerated” Adesina.

The African Examiner recalls that Adesina was accused by whistleblowers for giving out contracts to acquaintances and employing relatives to important positions at the Abidjan-based lender but the ethics committee of the AFDB could find no evidence to support these allegations and also the former Nigeria’s Minister of Agriculture, has endlessly denied these allegations but the U.S. Treasury Secretary will not have it.

He said: “Considering the scope, seriousness, and detail of these allegations against the sole candidate for bank leadership over the next five years, we believe that further inquiry is necessary to ensure that the AfDB’s president has broad support, confidence, and a clear mandate from shareholders.

“We have deep reservations about the integrity of the committee’s process. Instead, we urge you to initiate an in-depth investigation of the allegations using the services of an independent outside investigator of high professional standing.”