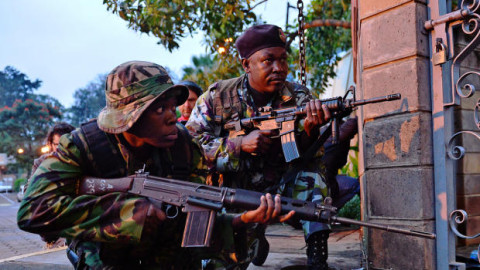 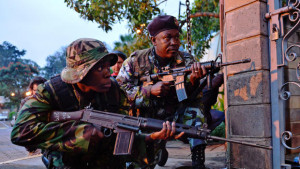 A spokesman for Uganda’s police says officials have bolstered security in all sensitive national installations in the wake of the Nairobi mall attack.

Ibin Ssenkunbi says the government has been reassuring the public that it has implemented measures to protect life and property.

“We have increased our vigilances and provided security on all vital installations and premises, within the Kampala city center and surroundings,” said Ssenkunbi. “We have also been engaging the public to ensure that they are cautious to be able to detect all acts, which may suggest terror plans or actions, and inform the security authorities in time so that action can be taken before such incidences do occur.”

Ssenkunbi’s comments came after some Ugandan expressed concern that the terrorist siege of Kenya’s Westgate mall, blamed on the Islamist Somali terrorist group al-Shabab could be replicated in Uganda. Al-Shabab had threatened to carry out similar attacks in Uganda to avenge that country’s participation in the African Union Mission in Somalia (AMISOM).

President Yoweri Museveni has ordered the installation of surveillance systems, including closed circuit television on city streets and all major roads in the country to prevent violent crimes and terrorism.

Ssenkunbi says the installation of the surveillance equipment is one of the many measures the security agencies have put in place to thwart any possible terrorist threats.

“This is some of the processes which are ongoing and we are trying to expedite it,” said Ssenkunbi. “A number of measures are to be adopted immediately to ensure that our people and property are actually safe.”

Ssenkunbi declined to name some of the security measures being implemented to prevent violent crime and possible terror attacks.

“Some of them are actually methods we can’t give to the media but, what I know is that all what is possible is being done to ensure terrorists are kept at bay, as well as all the other crimes.”

Uganda was attacked in 2010 when two bombs went off in the capital, Kampala targeting people watching football during the world cup, which left at least 77 people dead and many injured.

“The public should be aware that our security organs have moved many steps since the last terror attack. We have reinforced and built our capacity physically, personnel-wise and technically. So, we were not at the level at the time when we were attacked,” said Ssenkunbi.