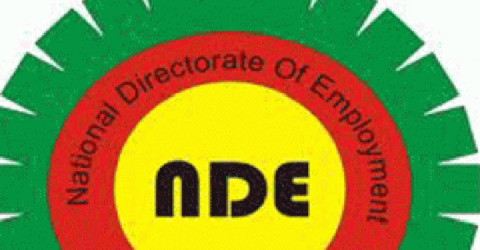 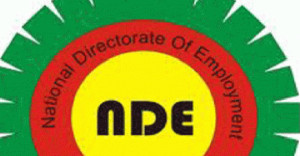 A professor of Political Science at the Nnamdi Azikiwe University (UNIZIK), Awka, Anambra state, Mike Oddih, has identified low capacity utilisation by industries, lack of investable funds among others as some of the negative impacts and factors hindering job creation and employment opportunities in the country.

The university Don, spoke Thursday in Enugu, during a workshop organised by the National Directorate of Employment NDE, South-East zone.

According to him, “Other negative factors are poor qualification and unproductive labour market brought about by incongruent education system and a bad economy.”

Also speaking, the NDE Director for South-East, Mr. Benjamin Onuoha, said the agency was strong enough to tackle the challenges posed to job creation in the zone.

Mr.  Onuoha, said that the workshop is well timed as the Federal Government  was releasing funds to Ministries, Departments and Agencies for capital projects for 2013.

Onuoha said that NDE was evolving the zonal structure for effective programme delivery.

The professor had earlier presented the lead paper of the workshop with the theme, “Challenges and Prospects of Coordinating Job Creation in Nigeria’s South-East Zone.”

He said that as a result of the challenges hindering employment opportunities, job creation and acquisition in Nigeria have been extremely difficult, “giving rise to unbridled and unacceptable magnitude of unemployment particularly among the youths.”

The paper also decried the dearth of accurate statistics of unemployed youths and persons in Nigeria, which, he according to him, has remained a recurring matter of unresolved controversy between governmental institutions, agencies, the general public and the Federal Bureau of Statistics.

“Conservatively, due to paucity and dearth of accurate and reliable unemployment statistical figures, it is estimated that over 70 percent of young graduates from Nigeria’s tertiary institutions remain unemployed for upwards of 10 years and beyond after graduation. This excludes figures of those who are retrenched and terminated on daily basis by distressed and unviable institutions and organisations like banks and public corporations.”

Prof. Oddih further stated that this scenario has given rise to innumerable anti-social crises and other forms of criminal conducts by the youths, which tend to threaten the corporate existence of the country

“These anti-social and criminal trends have, in no small measures, tarnished Nigeria’s image in the international arena, induced certain illnesses and diseases as well as instilled psychological trauma and diffidence on the average Nigerian. Indeed the crimes, crises and their consequences are too innumerable to be adequately covered in this discourse.”

The don explained that given the enormous responsibilities for mass employment generation through skills acquisition, self employment and labour-intensive work schemes entrusted to the NDE, there is no doubt that coordinating job creation in the South-East zone would definitely pose herculean challenges to the NDE and its coordinator(s).

According to him, “Possible challenges capable of hampering effective service delivery and job creating efforts are insecurity, transportation (considering the terrible conditions in the zone), the nature and social values of the people, the nature of job to be created, etc.”

The workshop was attended by state coordinators of NDE for, Abia, Anambra, Ebonyi, Enugu and Imo states, among other dignitaries and stakeholders.