US 2016: Senator Sanders Backs Out of Race, Endorses Hillary Clinton for President 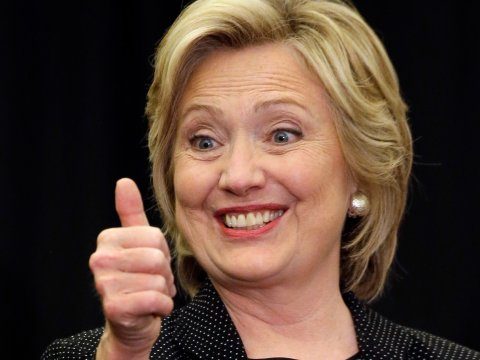 BALTIMORE, MD (AFRICAN EXAMINER) – At last, another frontline Democratic Presidential hopeful, Senator Benie Sanders has withdrawn from the contest, paving the way for his rival, and former US Secretary of State, Mrs Hillary Clinton.

Giving the development, the Vermont Senator is billed to appear with Mrs. Clinton at a campaign event in New Hampshire.

It would be recalled Mrs. Clinton and Mr. Sanders have been negotiating since she all but guaranteed the nomination in June.

Promising his commitment, Senator Sanders predicted: “She will be the Democratic nominee for President and I intend to do everything I can to make certain she will be the next President of the United States”.

“This campaign is about the needs of the American people and addressing the very serious crises that we face. And there is no doubt in my mind that, as we head into November, Hillary Clinton is far and away the best candidate to do that” Sanders added.

Although, the Senator defeated Mrs. Clinton in New Hampshire’s primary contest in February, still, his supporters have pledged to support Clinton in an effort to stop presumptive Republican nominee Donald Trump from winning the White House.

Mr Sanders stayed in the Democratic race far longer than many expected, for weeks after it became clear he would not secure the delegates needed to win the nomination.

He has mounted pressure on Mrs. Clinton to support his views on higher education, health care and the minimum wage.

Trump, who has attempted to court Sanders supporters, wrote in a tweet that Senator Sanders has “totally sold out to Crooked Hillary Clinton.