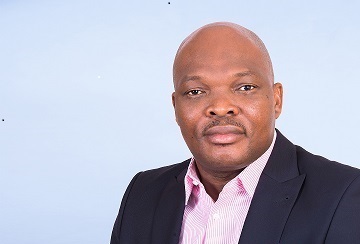 (AFRICAN EXAMINER) – The Bayelsa State Commissioner for Information and Orientation, Daniel Iworiso-Markson has charged members of the state chapter of the Nigerian Institute of Public Relations (NIPR)‎ to join the campaign against child molestation.

As a reputable organization, the NIPR he said can attract more attention to the growing cases of the menace, especially by pedophiles which the state government and other well meaning ‎groups are trying to put an end to.

Iworiso-Markson spoke in Yenagoa during the monthly meeting of the NIPR which also had in attendance the chairperson of the state chapter of the Federation of International Women Lawyers (FIDA) Dise Ogbise-Erhisere.

Stunned by the presentation of the FIDA chair on child molestation, the Commissioner noted that the figures reeled out by her is alarming ‎and maintained that more work still needs to be done to make the girl child safer around her community.

He said rather th‎an treat pedophiles with kid gloves, the time has come for them to be named and shamed which will help send a strong signal to others with such despicable desire.

“As an institution of repute, the NIPR needs to collaborate with groups like FIDA to intensify campaign against cases of rape and other forms of child molestation in our society. I am very worried having listened to the chilling revelations by the FIDA chairperson.

“The goverment is also doing a lot to protect our children. For me, we need to move to the level where we will name and shame these culprits because they deserve such public hostility. We cannot continue to watch pedophiles destroy the future of our children”.

Iworiso-Markson also appealed to members of the NIPR to be more committed and assured that he will continue to attend the monthly meeting ‎of the Institute as long as his schedule permits him.

In her special presentation, Dise Ogbise-Erhisere had listed some of the recent cases of molestation which is currently in court and thanked the first lady, Dr. Rachel Dickson ‎for her support as well as her call for prosecution of all offenders.

Earlier, chairman of the state chapter of the NIPR, Prince Sheriff Hussain Enebi had informed members of the need to attend the forthcoming Annual General Meeting (AGM) in Abia State next month.