The False Prophets of Our Time in Africa 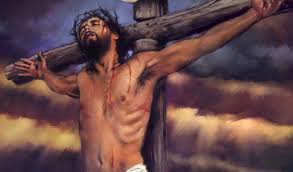 We are concerned here about the rising of the false prophets in Africa and elsewhere, especially as described in the Christian religion in the Bible, how to identify them and how to run away from them. For the first time in history Africa is leading in the Christian evangelism and televising it. Many African preachers are rising in Nigeria, Southern Africa, and everywhere. This is the good news that Africa is now a source of light for the world. Unfortunately the false prophet phenomenon is also on the rise and African men of God are in the centre. We would attempt not to mention any names here.
False prophets are not only described in the Christian religion but in Islam and every other religion. The term false prophet is sometimes applied outside religion, to describe promoters of scientific, medical, or political theories which the author (Jesus is the author here) of the phrase thinks are false. Others applied the phrase to promoters of unproven theories and therapies. The false prophets of Ecological Apocalypse applied the phrase to promoters of the global warming hypothesis, thinking that advocates of global warming are preaching falsehood.  Extending the concept of false prophecy to all sorts of areas gives us the opportunity to prove that we may not always be right describing anyone, any scientist, any medical claims as false. It now clear that a number of those teachings we thought were wrong, especially that the earth rotates around the sun, there is global warming and its consequences, are correct teachings.

In Christianity a false prophet is one who falsely claims the gift of prophecy, divine healing, divine inspiration, or who uses that gift of God for evil ends. Often, someone who is considered a “true prophet” by some people is simultaneously considered a “false prophet” by others, even within the same religion as the “prophet” in question. The term is sometimes applied outside religion to describe someone who fervently promotes a theory that the speaker thinks is false. In Deuteronomy 13: 1-5 we read, “If a prophet, or one who foretells by dreams, appears among you and announces to you a miraculous sign or wonder, and if the sign or wonder of which he has spoken takes place, and he says, ‘Let us follow other gods (gods you have not known) and let us worship them’, you must not listen to the words of that prophet or dreamer.

We should not be easily persuaded to stray away from the truth.In the New Testament there are warnings of both false prophets and false Messiahs, and believers are adjured to be vigilant. Our reader may want to read Matthew 7:15–23 where Jesus taught on the Mount. “Watch out for false prophets. They come to you in sheep’s clothing, but inwardly they are ferocious wolves. By their fruit you will recognize them. Do people pick grapes from thorn bushes, or figs from thistles? Likewise every good tree bears good fruit, but a bad tree bears bad fruit. A good tree cannot bear bad fruit, and a bad tree cannot bear good fruit. Every tree that does not bear good fruit is cut down and thrown into the fire. Thus, by their fruit you will recognize them.”The New Testament addresses the same point of a false prophet predicting correctly (and Jesus also predicted) the future appearance of false Christ (s), false prophets, affirming that they
can perform great signs and miracles.  In particular Jesus teaching his disciples warned them by saying, “Woe to you when all men speak well of you, for that is how their fathers treated the false prophets”. Many of our men of God are newspaper headline news anytime and anywhere, they attract fame and celebrity status to themselves and criticisms to the Church. Their congregations are always overcapacity full with entourage and bodyguards the size of a head of state. This is one sign to use in recognizing false prophets and false teachers of the gospel of Jesus Christ. Don’t be deceived, whatever a man shows he will reap.

Similarly Peter (the first Pope) made a comparison between false teachers and false prophets and how the former would bring in false teachings, just like the false prophets of old. “But there were also false prophets among the people, just as there will be false teachers among you. They will secretly introduce destructive heresies, even denying the sovereign Lord who bought them – bringing swift destruction on themselves. Many will follow their shameful ways and will bring the way of truth into disrepute. In their greed these teachers will exploit you with stories they have made up. Their condemnation has long been hanging over them, and their destruction has not been sleeping”.

Apostle John also spoke and warned those of the Christian faith to test every spirit because of these false prophets. “Dear friends, do not believe every spirit, but test the spirits to see whether they are from God, because many false prophets have gone out into the world. This is how you can recognize the Spirit of God: Every spirit that acknowledges that Jesus Christ has come in the flesh is from God, but every spirit that does not acknowledge Jesus, that spirit is not from God. This is the spirit of the antichrist, which you have heard is coming and even now is already in the world”. Apostle John also mentioned the Apocalypse’s false prophet as the agent of the Beast, and which is ultimately cast with it into the lake of “fire and brimstone” in the book of Revelation. He is also called the Beast from the earth and may be the antichrist. This is the age to expect many of these wondrous, signs and deceiving miracles.

Today in Africa we have many rising Pastors, Evangelists, and Church founders many of them roped and roping themselves in controversies, accusation of being false prophets, and the like. It is important that we bring this point for public discussion. Our intension and only goal is to ensure that none is misled and that the spread of the gospel is not hindered in any way. We have in Nigeria “men of God” riding on private jets, fleets of exotic cars, living in mansions of unbelievable high standard beyond their spiritual calling, untouchable class of people calling themselves prophets, bishops, and men of God. Their followers are living in abject poverty, laden with every manner of earthly disease or oppression, many of them filled with inordinate ambition for earthly riches and wealth called breakthroughs. The fruits these men of God are producing defer and depart significantly from the simple life styles of the early missionaries that brought Christianity to Africa and created affordable education and health services for our society and all.
Today Mission Universities in Nigeria are not for the children of the ordinary Church members but only for the well-offs in the society.

The other fruit is their inaccessibility, where it is easier to see God Himself than to see some of these so called men of God. Therefore their works of charity, signs and wonders, televising only advertises themselves and less on Jesus Christ. As long as the Bible remains our template, and with reference to the early missionaries, these people seem to be using the name Jesus but we are in doubt
whether Jesus is using them. This doubt is why we call them false prophet, for leaving us poorer, exploiting our problems for their personal fame and financial gain and bringing the name of Jesus Christ to disrepute and doubt. The Bible says, “Judge not so that we shall not be judge”. Our Judge is coming and very soon too.

The ongoing social discussion on the network and social media on this subject of false prophets should not be allowed to drift to just condemnation and criticisms alone. We must discuss false followers and those who actually need and attract the false prophets. It is still not very clear to many that many of us are actually the causes of the rise in this trend.

(a) An individual who is a true believer, a born again Christian is a true worshipper. He or she is still subject to temptations and sins. He may fall but he should always repent and come back to Christ. Peter was a true believer though he denied his master at a time (Did Jesus set him up for our learning?) but he picked up and went ahead carried his cross. Each Christian must not drop the cross. (b) There were many who followed Jesus because of the miracles he performed. When he told them that they had to eat his flesh and drink his blood they went back. We may lose our life and drop our blood in our journey carrying the cross of Jesus Christ which is the only mission we are born to do. Remember no one created him or herself. Our creator owns us fully. He has a mission for us on earth.

Some are given 5, 4, 3, 2, or at least 1 talents. Everyone has a mission. This group consists of imitators, fake miracle workers and miracle seekers for daily bread and to look for fame.  (c) The third group are people who cannot condescend to any authority or norms. They are agents of selves and agents of Satan their master. Many of them are like (a) or (b) above but they know they are not born again. They are wolves wearing the skins of lambs.

That the social network should discuss this especially when Senior Prophet T. B. Joshua went to Ghana and there was a great stampede that was fatal is appropriate. They rushed to Jesus similarly and they would rush to any person that has a slight sign of miracles and signs. That is their food.

We however encourage individuals to look beyond miracles and signs. God has given each one of us abilities to do great exploit for ourselves and for Him. The whole Garden of Eden was under Adam showing the generosity of our God towards us. God is so generous to bless us with everything including his only son Jesus Christ therefore he will not withhold any good thing from us. If we need
miracles, healing or anything, we would get them. False prophets would not last and they are signs that the end is at hand when the level of their miracles and signs would be raised to deceive many more. Their function is to test and separate the genuine from fake, the truth from the false, and the believers from the anti-Christ. Let us try to pass this test.