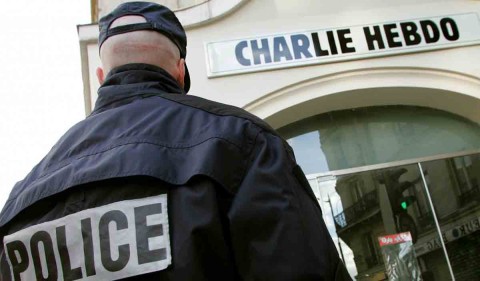 Witnesses spoke of sustained gunfire at the office as the attackers opened fire with assault rifles before escaping. 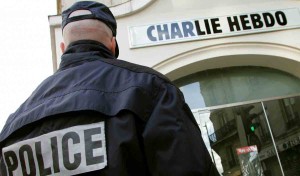 President Francois Hollande said there was no doubt it had been a terrorist attack “of exceptional barbarity”.

A major police operation has been launched in the Paris area to catch the attackers.

The satirical weekly has courted controversy in the past with its irreverent take on news and current affairs.

The magazine was fire-bombed in November 2011 a day after it carried a caricature of the Prophet Muhammad.

People had been “murdered in a cowardly manner”, President Hollande told reporters at the scene. “We are threatened because we are a country of liberty,” he added, appealing for national unity.

UK Prime Minister David Cameron said in a tweet: “The murders in Paris are sickening. We stand with the French people in the fight against terror and defending the freedom of the press.”