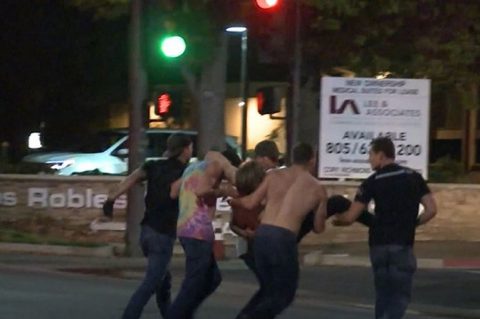 (AFRICAN EXAMINER) – Authorities say 12 people, including a sheriff’s deputy, were killed and multiple people were injured after a gunman opened fire at a California bar.

The shooting happened around 11:20 p.m. Wednesday local time at the Borderline Bar & Grill.

Witnesses report at least 30 shots were fired, according to the Los Angeles Times.

In a news conference, Ventura County Sheriff Geoff Dean said 12 victims were killed, including Ron Helus, a sergeant from his department who was one of the first responders to the scene.

Helus was a 29-year veteran of the force, looking to retire in the next year.

Authorities say they found a handgun at the scene. They are still searching and investigating, adding that they don’t know if there is a terrorism link to the shooting.