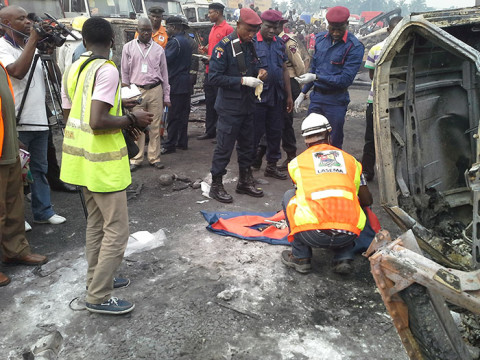 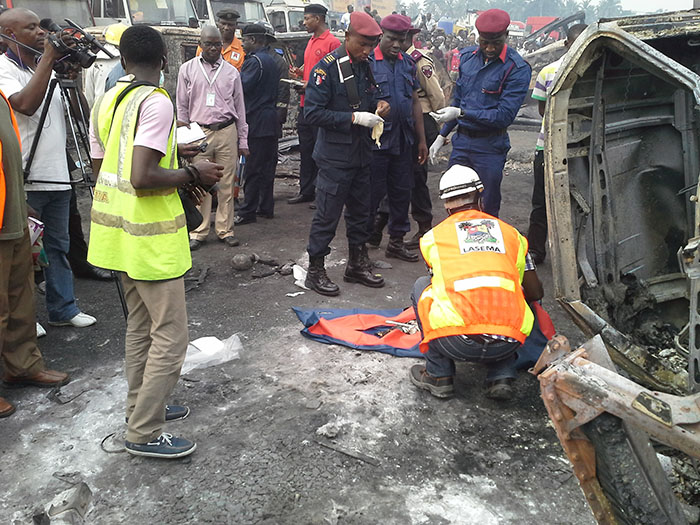 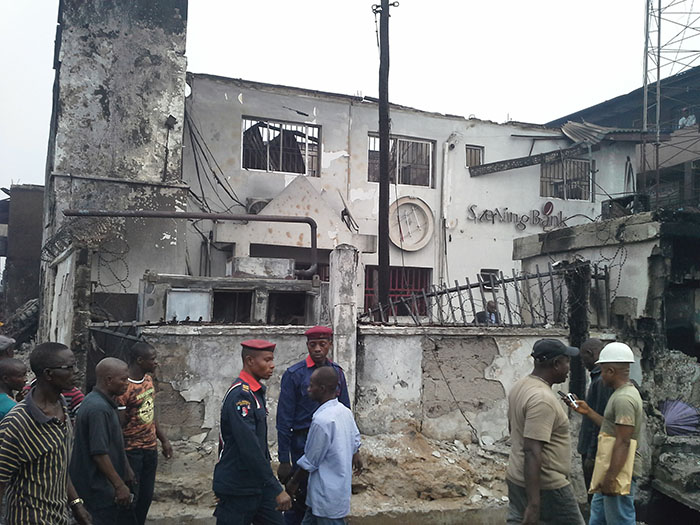 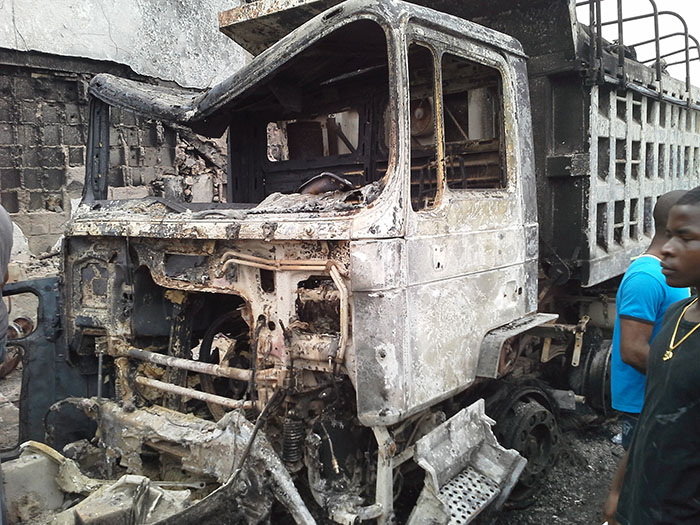 The tanker, said to be carrying 33,000 litres of fuel lost its brake and somersaulted and then exploded, with 15 people immediately roasted and a Zenith Bank closed to the scene burnt while three houses were also affected.

About 10 vehicles were reportedly burnt to ashes while the tanker conveying the fuel was completely razed.

The gruesome incident occurred around Berger Suya on the Apapa Expressway around 10.30 pm on Tuesday, while it took fire service officers over two hours to put out the inferno, not after it has wreck havoc.

It took the combined effort of the federal and state fire service officers to put out the fire around 1.04 am, Mr. Ibrahim Farinloye, Spokesperson, National Emergency Management Agency, NEMA.

“It involves a petrol tanker which later spread to four houses and four commercial buses all burnt. The disaster occurred at Cement bus stop, along Mile 2-Apapa Expressway. The petrol tanker was laden with 33,000 litres of PMS, somersaulted and caught fire, claimed lives with vehicles and buildings.

“The deceased have been deposited at the General Hospital, Yaba while those wounded have been treated and discharged. 54 shops situated in the four buildings were completely burnt,” he said, saying that nine people died in the tragedy.

An emergency officer said 10 vehicles, a bank and other buildings were consumed by the fire, saying that five people died in the tragedy.

But General Manager, Lagos State Emergency Management Agency, LASEMA, Dr. Femi Oke-Osanyintolu confirmed that 15 people died in the disaster as the tanker was fully loaded with fuel before it somersaulted on the expressway.

Properties worth billions of naira have been destroyed in the fire. Witnesses said the petrol tanker lost its brake and somersaulted, exploded and burst into flames.

According to Oke-Osanyintolu, LASEMA and the fire services took control of the incidence site, saying that “We are still at the scene enumerating and assessment is still on for a comprehensive detail.”