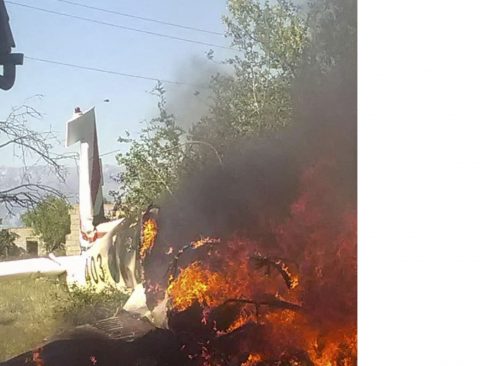 (AFRICAN EXAMINER) – An airplane crashed on Thursday near the Croatian coastal city of Zadar, killing two members of the Croatian Air Force, the Ministry of Defence said.

According to the ministry, the deceased were a flight instructor and a cadet, who were flying a small Zlin aircraft.

The accident happened at around 4.00 p.m. local time near the village of Biljane Donje during a regular training flight.

This was the second fatal accident for the Croatian Air Force this year.

On Jan. 27, a Kiowa OH-58D military helicopter with two crew members on board crashed into the Adriatic Sea between Zablace and Zlarin in the Sibenik archipelago, killing both pilots. (/NAN)