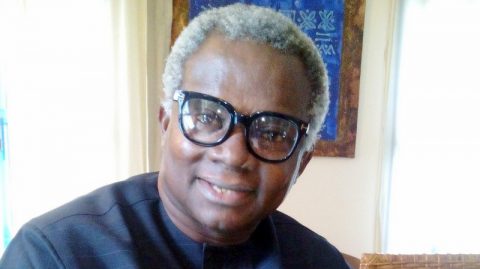 (AFRICAN EXAMINER) – A group under the umbrella of  APC Youth Circle (APCYC) Enugu West Senatorial District, has wished the Deputy Senate President, Ike Ekweremadu, a successful retirement from the Senate.

This was contained in a statement released in Enugu on Thursday by the General Coordinator, of the body in the senatorial district, Comrade Geofrey Eze.

Eze, announced that APCYC was rooting for the Director General of Voice of Nigeria (VON), Osita Okechukwu who recently declared his intention to retire Ekweremadu from Senate.

The group assured that “Mr. Okechukwu with his antecedents would give selfless service to the people of Enugu West and unite the zone, which has been divided by Ekweremadu’s divide and rule tactics.

He said “unlike Ekweremadu who was buying Okada motorcycles for youths, Okechukwu would revamp the abundant coal deposits in Enugu State to ensure the creation of employment for thousands of youths in Enugu West.

They equally assured that “Okechukwu, a Buharist, no doubt as a senator would easily key into President Buhari’s RRAP Projects – Roads, Rails and Agriculture – geared towards reinvigorating the economy of the country and generating employment.

“Mr Osita Okechukwu with his antecedents will give selfless service to the good people of Enugu West Senatorial District, he will unite the zone which has been divided by Senator Ekweremadu’s divide and rule tactics.

“Mr. Okechukwu will revamp Enugu Coal to be used to generate electricity and provide employment to thousands of youths. Distinguished Senator Ekweremadu never mentioned the huge coal deposit in the district in his 16 years sojourn.

“Okechukwu has been on this mission and it is elementary knowledge that he will facilitate the revamping of the coal deposits in Inyi, Amansiodo, Onyeama and Okpara mines, better as a senator.

“Mr Okechukwu as a Buharists no doubt as a senator will easily hook up with President Buhari’s RRAP Projects – Roads, Rails and Agriculture – to facilitate the Eastern Corridor Railways, which will cover the Port Harcourt, Umuahia, Owerri, Abakaliki, Awka, Makurdi, Lafia,  Akwanga, Jos, Damaturu, and Maiduguri.

“It is elementary knowledge that he (Okechukwu) will facilitate the integrated farms better as a senator, rather than buying Okada motorcycles for our youths.

“In sum, we thank Distinguished Senator Ike Ekweremadu and wish a successful retirement from the senate. Enough is Enough!” the group stated.