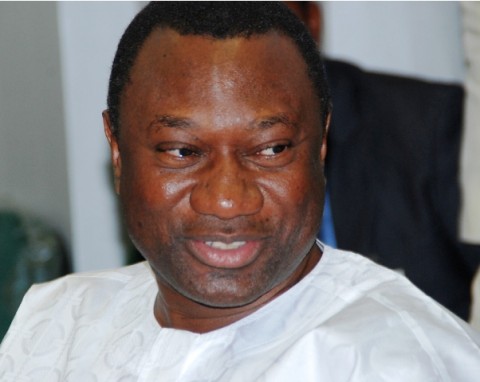 While Otedola is reportedly offered the grace to run under the opposition Peoples Democratic Party (PDP) platform, Sanwoolu is said to have obtained the ruling All Progressives Congress (APC) expression of interest and nomination forms.

With Sanwoolu’s entrance barely 24 hours after the incumbent State’s Governor Mr. Akinwunmi Ambode bought his forms as well as declared interest for re-electionTuesday, the stage is now set for three aspirants as another former Commissioner, Babafemi Hamzat has equally declared his interest.

A popular celebrity and publisher, Mr. Dele Momodu, tweeted that the PDP has offered Otedola, the Governorship ticket and he has accepted it.

In a related development, Mr. Sanwoolu who is a former State’s Commissioner for Establishments and Training, has reportedly picked up his form, also yesterday – the same day Governor Ambode obtained his own in Abuja.

Reports have it that Governor Ambode has faced impeachment threat if failed to shelve his re-election ambition.

It is said that over 50 State’s Council Chairmen loyal to APC National leader, Asiwaju Bola Tinubu, have met and already pledged their support for Sanwoolu, who is believed to be Tinubu’s anointed candidate.

A popular grassroot political support group in Lagos, The Mandate Movement, has drum support for Sanwoolu.