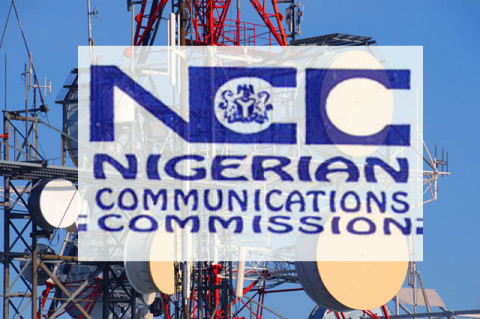 (AFRICAN EXAMINER) – As part of effort towards promoting information technology, (IT) among youths in the country, the Nigerian Communication Commission (NCC) says  over two hundred and twenty three schools have so far benefited from its Digital Access Programme (DAP).

Our Correspondent reports that the programme is  being implemented by the establishment with a view to equipping secondary schools across Nigeria with Internet Connectivity.

The NCC boss, who spoke through the Director of Public Affairs of the NCC, Mr. Tony Ojobo, also hinted  that the Internet clouds were being provided within Nigeria’s University and Polytechnics to foster improvement in digital literacy and  applications.

Danbatta, equally revealed that the nation’s Universities internet Connectivity to enable online sharing of information was ongoing in Nigeria in consultations with the National Universities Commission, NUC

According to him, the Universal Service Provision Funds, USPF was established to provide connectivity to un-served and under-served communities or groups, adding that a number of projects undertaken by USPF represents critical steps in bridging the connectivity divides in the less urban centers.

Delivering a paper, entitled: “Role of government in bridging connectivity divide” Danbatta, stressed that USPF has a number of access provision support to enable connectivity to less urbanized communities such as : Schools Knowledge Center, SKC; Like the DAP by the NCC, this programme equips secondary Schools with Internet Connectivity . More than 200 schools have been connected.

He added that “Digital Access Programme, DAP, is being implemented by the regulator to equip secondary schools across the country with internet connectivity, more than 223 schools have benefited.

“ADAPT_Digital Awareness Programme for tertiary schools is targeted at higher schools of learning” he stated.

The NCC chief said it was evident that government has critical  roles to play in bridging the connectivity divide now know as Broadband Divide, saying in our “clime, government realizes the importance of bridging the gap through its relevant agencies, such as NCC and USPF,  which has continued to make progress.

“Most importantly, government realizes the importance of partnering with private sector to make substantial progress in this direction.

Dambatta, had lamented inadequate power supply in Nigeria which has affected continued to affect  many companies including telecommunication industry.

He pointed out that without the intervention of NCC and the Central Bank, one of the telecom operators in Nigeria would have closed shop, as a base station is being powered by two generators that run on diesel on daily basis.

“The telecom providers are not making much gains as people think.  One of them was about to go under but was saved by the CBN.  It costs a lot to run business on generator.

“As is in the case of developing economies like Nigeria, poor or inadequate supply of power has negative implications, stressing that government has a lot to do so that its citizenry can have access to communication in general and telecommunication in particular.

The conference was graced by notable  personalities, including ex-Senate President,  Chief Ken Nnamani, Minister of Science and Technology, Dr. Ogbonnaya Onu among others.