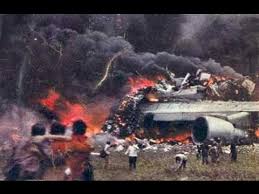 (AFRICAN EXAMINER) – No fewer than 247 people have died after a military plane crashed in Algeria.

The media reports confirm that 26 members of Polisario Front, supported by Algeria and seeking independence from Morocco for Western Sahara, were among the victims.

The crash occurred shortly after the plane took off from Boufarik military airport near the capital Algiers.

However, footage from the scene showed smoke coming from the wreckage on a field.

Reports also confirmed that 14 ambulances have been deployed to the scene while injured were being transported to the hospital.

In a statement from the Defence Ministry, the head of Army has ordered an investigation into the crash and promised to visit the scene.

It would be recalled that 77 people four years, were killed when a plane carrying military personnel and family members crashed Algeria.