I Never Enter Into One Tenure Agreement With Mrs. Nwobodo –Senator Nnaji 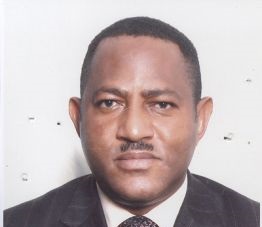 Senator Gilbert Nnaji, representing Enugu East Senatorial district in the National Assembly, NASS, has dismissed rumours making the rounds in the area that he signed a one tenure in office agreement with some power brokers in the present Governor Sullivan Chime led administration in the state.

Specifically, there had been speculation in the coal city state of Enugu that Senator Nnaji had during the early stage of his first tenure in office, entered into a purported one tenure in office agreement with the chief of staff to Governor Chime, Mrs. Ifeoma Nwobodo, who is also eyeing same senatorial seat.

But speaking with newsmen Saturday in Enugu, the upper chamber of the NASS lawmaker who is also the chairman Senate committee on communication, dismissed the rumour with a wave of hand, describing it as baseless.

Nnaji who denied ever entering into any pact with anybody asked: “Is the Chief of staff the people of Enugu East Senatorial district?, how can I enter into an agreement with one person? Is it one person that can make someone a senator he further asked.

“So, you will quite agree with me that it is only the people of Enugu East Senatorial district that can decide who will be their senator or representative in the National Assembly” the legislator insisted.

“And besides, if anybody says I entered into an agreement with him, let that person produce the agreement, and if it is true, I will just withdraw honourably” he stated.

Also commenting on the alleged accusation in some quarters of the state that he (Nnaji) had been responsible for the consistent media attack on Chime and his chief of Staff, following their sour relationship, the lawmaker, equally dismissed the allegation, saying it is the handiwork of mischief makers.

According to him, “such allegations hold no water, as far as I am concern, no atom of truth in it, and I wound not want to start joining issues with those peddling them”

He, however, maintained that his relationship with Governor Chime remains very cordial, adding “just few days ago, I came back for my educational Trust fund programme, which I did last Thursday. I went to the Governor to invite him, I stayed with him for almost three hours in his office, where we were chatting and discussing.

“After our discussion, he promised me that his commission for education will be there to represent him, and that very day, the Commissioner came. So, what is happening in the state or what you are hearing are just the handiwork of mischief makers, who are playing politics, but I want to assure you that my relationship with Governor Chime is very cordial” he declared.