3 killed, Many Injured as Train Crushes Commercial Bus in Lagos 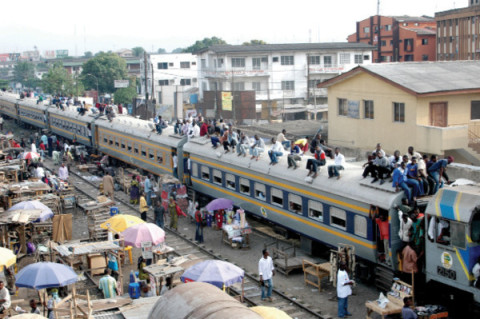 (AFRICAN EXAMINER) – Three persons Friday died and many others injured when a train hit a commercial bus at the Pen Cinema, Agege railway crossing in Lagos State.

An eyewitness, Mr. Raji Oladimeji confirmed to NAN that the accident occurred when the bus driver was making make U-turn on the rail line.

“We warned the driver not to make U-turn at that particular point when a train was approaching but he refused.

“So, it was in the process of making the turn that the approaching train crushed the bus where people hanging on the train fell off and three die instantly while other sustained various injuries’’ the eyewitness confirmed.

Following the incident, Oladimeji confirmed that some youths set the bus ablaze in anger while the injured were taken to a nearby hospital.

The Nigerian Railway Corporation, Lagos District Manager Mr. Jerry Oche, has confirmed the accident saying that it occurred at 9.30am.

“We were informed that a bus was trying to make a U-turn at the railway line this morning at Agege Pen Cinema area when a moving train crushed it in the process.

“The police are on top of the incident bringing the situation to normalcy as youths went on rampage over the death of people who lost their lives in the accident.

“The information given to us by the police was that a number of people hanging on the train were affected where two people died while many others sustained injuries,” Mr. Oche said.

AFRICAN EXAMINER reports that the rail line is presently being occupied by the road side traders and commuters due to the ongoing construction of the flyover in the area.