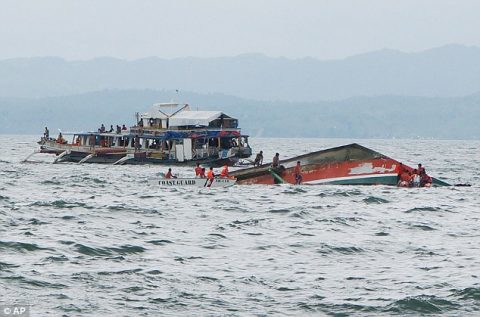 (AFRICAN EXAMINER) – No fewer than 40 people are believed to have died after a ferry sank in the Tigris River near the Iraqi city of Mosul.

The head of Mosul’s civil defence agency reportedly said most of the people on board the vessel were women and children – who could not swim.

Rescue teams reports said were trying to reach passengers from the ferry, which was reportedly heading to a tourist island.

Security sources accounted that there were about 100 people on board the ship in the fast-flowing river.

Water authorities had reportedly warned people about rising water levels as the gates of the Mosul dam had been opened and people are reportedly accusing the ship operator of ignoring the advice.

Images on social media show the upturned vessel and people floating on the water.