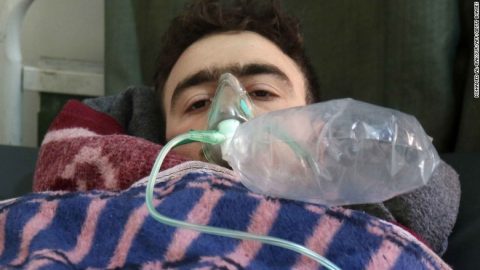 BALTIMORE, MD (AFRICAN EXAMINER) – No fewer than 58 people including young and old have been killed while dozens wounded in a suspected chemical attack on a rebel-held town in north-western Syria.

The Syrian Observatory for Human Rights (SOHR) reported that strikes on Khan Sheikhoun by Syrian government or Russian jets had caused many people to choke.

However, a Syrian military source denied the allegation that government had used any chemical weapon.

Similarly, Russia’s defence Ministry has insisted it had not carried out any air strikes in the vicinity.

The attack if real, might be the deadliest chemical attacks in Syria’s six years civil war.

SOHR quoted medics as saying that they had been treating people with symptoms including fainting, vomiting and foaming from the mouth.