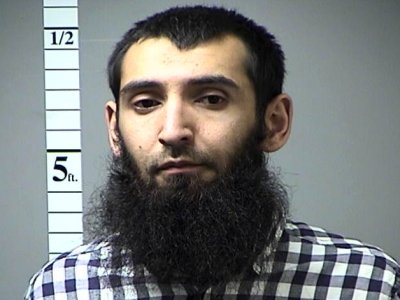 BALTIMORE, MD (AFRICAN EXAMINER) – Five Argentine Friends and three others have been killed in a truck attack which occurred in New York Tuesday.

All together, eight people were killed while 12 injured when the driver of the truck hit people on a cycle path in Lower Manhattan.

The victims, all men who were aged between 48 and 49 – were identified as Hernán Diego Mendoza, Diego Enrique Angelini, Alejandro Damián Pagnucco, Ariel Erlij and Hernán Ferrucci.

Another victim, Martín Ludovico Marro, is being treated in hospital.

A suspect Sayfullo Saipov, 29, an Uzbek immigrant, was shot and injured by police in connection with the onslaught. He is currently in the hospital and under arrest, according to Police.

Besides, notes in Arabic claiming the attack on behalf of the Islamic State (IS) group were recovered from the scene.

In his reaction, New York Police Department (NYPD) Deputy Commissioner John Miller said the attacker had closely followed IS instructions from social media on how to carry out such an assault, and had been planning it for a number of weeks.

Miller added it was the deadliest terror attack in the city since 911 incident which occurred September 11, 2001.

The deaths of the Argentines were confirmed by the country’s foreign ministry.

Sadly, they were part of a group of nine friends in New York to celebrate the 30th anniversary of their graduation from a polytechnic college in the central city of Rosario.

Two other victims, both Americans, are yet to be named.

Meanwhile, three days of mourning have been declared in Rosario, Argentina.