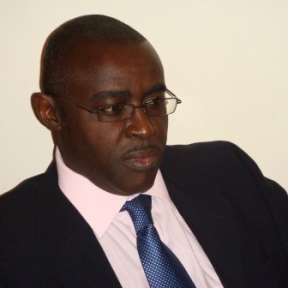 Truly and indisputably, the last of the great student leaders of Nigeria

“Nigeria, March/April 1978: The Minister for Education, Col Ahmadu Ali under the Obasanjo Military administration, had just announced that the Federal Government of Nigeria intended to increase the cost of feeding for University and other tertiary institutions’ students. At the time also, students pay about 98 Naira per year to secure accommodation on campus. The room is shared with one or two or three other students, depending on the size of the room. Postgraduate students often have a room to themselves. 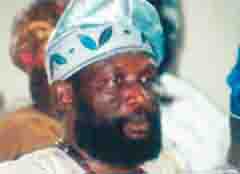 Previously, the cost of eating at the institutions’ cafeterias was as follows: Breakfast, 10 Kobo; Lunch, 20 Kobo and Dinner, 20 Kobo, making 50 Kobo in total to get a full three-square meal a day at our institutions of higher learning in those days.

Now Minister Ali wanted to increase it as thus: 20 Kobo for breakfast and 25 Kobo each for lunch and dinner, making a total of 70 Kobo per day. The National Unions of Students, under the leadership of one Comrade Segun Okeowo, a second year student at the University of Lagos, entered into negotiations with the government, but Obasanjo’s government was adamant, and later talks broke down.

The students took to the streets in protest shouting “Ali Must Go”. The protests, I believed started at the Universities of Ibadan, Lagos and Ife (now Obafemi Awolowo University) and spread to others, including Ibadan Polytechnic, and most other tertiary institutions in the South West and Bendel State.

I was at the forefront of the demonstrations at the University of Ibadan, although I was not a member of the Students Union Executive Committee. Those were the days. We fought running battles with the Mobile Police stationed outside the gates of the University. Throughout the over a week that we boycotted classes, throwing stones and taunting the “godo-godos”, as we called the ferocious mobile, anti-riot policemen, not once did they enter the University. I guess that was their orders. And not once did the students destroy any building inside the campuses.

After about a week of this standoff, the universities were closed by the Federal Government and every student advised to leave the campus. It was painful and inconvenient for students who came from afar to study at the various universities and polytechnics across Nigeria. At Ibadan, students from the South Eastern part of the country had to hurriedly charter luxury buses to take them back home to Aba, Enugu, Port Harcourt and the rest, leaving behind most of their belongings, because eventually the universities will be re-opened”. Culled from my article, Reminiscences of Nigeria, 10 June 2009 (http://www.nigeriavillagesquare.com/articles/akintokunbo-a-adejumo/reminiscences-of-nigeria-12.html )

Chief Segun Okeowo may be as old as 73 when he died earlier this week (Tuesday, 28 January 2014). He had already acquired NCE) National Certificate of Education) with some years of work experience before enrolling for his first degree at the University of Lagos. That was the basis of his maturity when he was the President of the National Union of Nigerian Students, NUNS (precursor of the NANS). He led Nigerian students in the “Ali Must Go” demonstrations in 1978, while I was in my second year at the University of Ibadan, and he was at University of Lagos, being the President of NUNS. I, and a lot of other ordinary, but politically-aware students and student leaders of the day, were very active in the “Ali Must Go” protest against Obasanjo’s military government then,(Obasanjo and his military junta was very rattled by this famous students demonstration)  and interacted a bit with Chief Okeowo, mainly through meetings and liaisons. During the crisis, he refused to be cowed, intimidated, bribed, induced, despite all the pressure mounted on him to call off the strike.

For his role in the protest, Okeowo was expelled (we called it “rustication” in those days) from the University of Lagos where he was a second-year English major student. He finally completed his degree five years later at the University of Ife (now Obafemi Awolowo University) in 1982, graduating with a second class honours degree in Literature in English, much thanks to Professor Wole Soyinka and lots of other radical lecturers that made his obtaining a full degree possible for him at a time he was being treated as an ‘outcast’ by the then ruling military junta.

Mr Okeowo was a member of the 1976 Constitution Drafting Committee, CDC, constituted to write what later became the 1979 Constitution. He created a stir when he appeared for the inaugural meeting in an all-red overall suit with a Kangol classic hat to match. The CDC chairman, the late Justice Udo Udoma screamed in dramatic outrage accusing Okeowo of “platform acting” than preparedness to help write a constitution.

The Obasanjo government subsequently took him out of the CDC. It was sweet revenge for Obasanjo after Okeowo had led the notable revolt of Nigerian students against the price hike on student’s feeding introduced by the Olusegun Obasanjo military regime in 1978. The protest was dubbed the “Ali Must Go” protest taking its name from the then minister of education, Col. Ahmadu Ali, a medical doctor and army colonel who himself had been NUNS president as a student at the University of Ibadan.

By1989, he was the Principal of Ogijo Community Grammar School, Ogijo, Ogun State (a secondary school near Ikorodu – at the border/boundary of Ogun and Lagos States).  He was transferred to RSS (Remo Secondary  School, Sagamu and was also a one-time President of All Nigeria Conference of Principals of Secondary Schools, ANCOPS, Ogun State branch.

He once honoured a colleague’s (a classmate of mine, Kamaldeen Ekemode, former Provost, Lagos State College of Primary Education (LACOPED) invitation to him for a one-day lecture for the students of Lagos State Polytechnic, Ikorodu Campus and continued to interact with him thereafter until he (Chief Okeowo) was posted as a principal to Makun High School, another secondary school in Sagamu, Ogun State. The man will always put on the same uniform as his students; a disciplinarian, a teacher and great leader. You will see that he read Education, knew and was passionate about education and teaching all his life.

He was, I would say, the last of the truly great, sincere and focused student union leader in Nigeria. Not the half-baked, ill-educated and ill-disciplined, corrupt and avaricious types we have these days, running around the campuses and pledging and attaching their loyalties to unscrupulous leaders and politicians in return for positions and riches.

One of the great achievers of his time when education in Nigeria was all about making sure there were opportunities accessible for everyone who required it within Nigeria, there was passion and the quality in Segun Okeowo. He made his mark in this world; a modest and great man, in deed and indeed, and an unsung hero, a veritable Champion for the Nigerian masses.

Segun Okeowo was a celebrity and a true patriot both when alive and in death. He sincerely contributed his quota for the emancipation of the Nigerian students (including the generation yet unborn) and history is already made and prosperity will judge him right. This is at variance with what is obtainable in the Nigerian society of today of leaders in all strata sacrificing their subjects for financial gain or other form of compensation. I was a student and student union activist in those days and I can convincingly say that genuine service from the heart has since died and we are left with eye-service, sycophancy, lust for lucre and corruption.

In those days, it was “aluta continua” (the struggle continues) NOT “a-looting continues” as we have it today. God have mercy, everyone is guilty of one thing or the other that led this nation into complete MESS. Though the lives of those standing on the truth are being threatened by the day but it is not enough for you to “join them if you can’t beat them”.

He remains, in my view, a true Nigerian that should be celebrated and even studied compared to all the leaders we have today ruining and running the country to the ground and who, despite all available evidence, still want to force themselves into the history book. The generation of Segun Okeowo played active roles in the emancipation of Nigerian youths.

It behoves us to emulate the virtues Uncle Segun Okeowo left behind. He doesn’t really need anybody’s prayers any more but wish above all things that you do something to make Nigeria a wonderful place to live in. Many Nigerians are forced out of the nation by the day. He is gone for good. May the Lord keep his family together in peace and grant them the fortitude to bear the great loss as He fills up the vacuum. Nigeria indeed miss you, people in genuine struggle also miss you.

May his soul rest in perfect peace. Amen