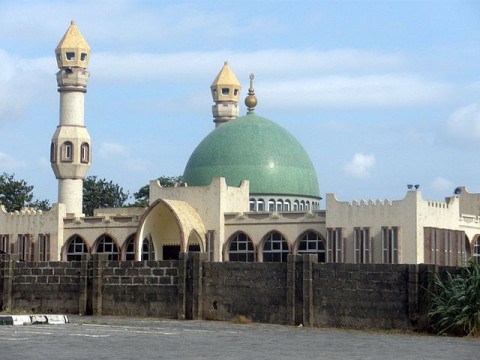 The Muslim Community in the commercial city of Aba, Abia State, has been thrown into confusion over the arrest and detention of the Chief Imam of Aba Central Mosque, Alhaji Idris Bashir; his deputy, Ahaji Bello Maija-a and a serving National Youth Service Corps (NYSC) member in connection with bomb scare in the mosque.

“Since our people are being terrorized by the military, they are no longer comfortable”.

Most of them are even yearning to go back to their various states in the Northern part of Nigeria” Iheakaram bemoaned.

“It’s just like the state doesn’t want the existence of Muslims. We have been living in peace with our Christian brethren all along in the state, but this time around every Muslim is being seen as Boko Haram member” the former Amirul Hajj lamented.

“We have been working together with security operatives as far as we are concerned here in Aba, but the harassment of the Muslim community has degenerated to an embarrassing level.

“If you are in a place where the condition is no longer favourable for you to live, then the next thing is for you to leave the place. This is the situation the Muslim community is facing in Aba,” he complained.

Narrating, Iheakaram pointed out “A group of soldiers with seven Hilux vans invaded the Aba Central Mosque at about 2.00am. They searched the whole mosque and arrested the Chief Imam of Aba Central Mosque, his deputy and a youth corps member posted to us. We have been making contacts since that day, but up till now, nobody knows where they are being detained”.

According to him, “It didn’t end at the Aba Central Mosque, they also went to the onions market at Uratta market, searched everywhere in the mosque, but didn’t see the Imam. They collected the phones of our brothers who were in that market at about 3.00am and arrested the Chairman of the onions market and his secretary.

“We also learnt that they went to the yam market and whisked away the chairman of the yam sellers. The Sarki of Ogbor Hill was also arrested by the soldiers who carried out a similar operation in that zone” the Muslim community source revealed to our correspondent in the city.

In the main time, the Muslim cleric has appealed to the military authorities to release the detainees, while maintaining their innocence as nothing implicating was found on them.

He also alleged that soldiers denied him access to the Army Units at Ngwa High School and Ngwa road as he went to make enquiries on whereabouts of the detainees.

“I have called the Abia State Commissioner of Police, Ibrahim Adamu and the Aba Area Commander, ACP Peter Wagbara as well as contacted other personalities, but nothing has happened yet. We are still patient because we are law abiding people,” he explained

Ironically, when, the state Police Commissioner, Adamu Ibrahim, was contacted, he said he was yet to receive official complaint from the Muslim community on the matter.