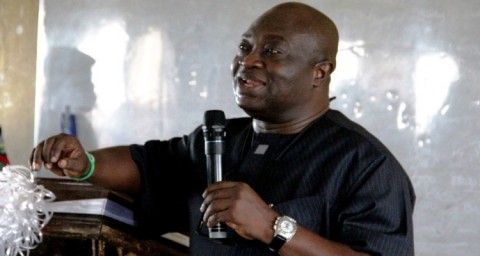 By Ignatius Okpara, Umuahia – The Abia State Election Petitions Tribunal sitting in Umuahia, has struck out the petition filed by the gubernatorial candidate of the All Progressives Congress, APC Chief Nyerere Anyim, against the victory of the People’s Democratic party PDP candidate, and governor of the state, Okezie Ikpeazu.

Both candidates hail from Obingwa council Area of the state.

Justice Usman Bwala, Chairman of the Tribunal, while striking out the petition stated that the petition was dismissed on the grounds of “negligence and lack of diligence in prosecution”.

He cited relevant sections of the Electoral Act which according to him, Anyim failed to comply with in the prosecution of the petition.

The APC flagbearer, had prayed the tribunal to invalidate Ikpeazu’s election, alleging widespread irregularities during the last governorship election in the state.

He also joined the PDP and the Independent National Electoral Commission INEC as respondents in his suit.

However, counsel for the respondents had told the tribunal that neither the petitioner nor his counsel were in court to pursue their matter.

INEC, lawyer,Chief Livy Uzoukwu (SAN), had in his argument, prayed the tribunal to invoke the mandatory sections of the law and strike out Anyim’s petition over the failure of the petitioner and his counsel to appear in court.

Also, counsel for the PDP, Henry Balaogu, noted that both Nyerere and his counsel were present at the last hearing and were all aware of the day’s proceedings but deliberately chose to stay away.

He, therefore, prayed the tribunal to dismiss Anyim’s petition for lack of interest on the part of the petitioner.

Following Tuesday,s development,only the petition filed by the All Progressive Grand Alliance, APGA candidate, Dr. Alex Otti, against Ikpeazu is now pending at the tribunal.

AFRICAN EXAMINER recalled that the petition filed by a factional candidate of APGA, Chief Reagan Ufomba, had earlier been quashed by the tribunal for lack of merit.

Meanwhile, the tribunal had adjourned till July 24 for the commencement of a pre-hearing on Otti’s matter.