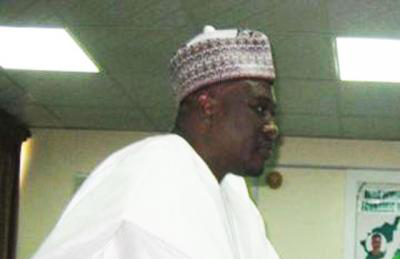 Following the sack of Governor Murtala Nyako of Adamawa state and resignation of his deputy, Bala Ngilari, the Speaker of the state House of Assembly, Umaru Fintiri, has been sworn -in as the acting Governor of the state. 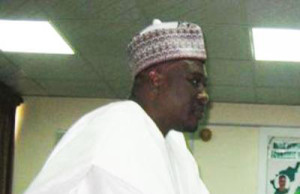 Mr. Fintiri was sworn – in by the state President of the Customary Court inside council chambers in Government House, Yola.

Fintiri will remain in office for maximum of 3 months after which fresh governorship election will be conducted.

Former Governor Nyako’s travail started about three weeks ago when allegations of financial recklessness were leveled against him and his former deputy, Ngilari.

This resulted to freezing of the state’s account and constituting of seven –man investigative panel over a week ago. The sacked governor and his deputy shun the panel’s summon last week, describing it as “illegal”.

The impeachment process was concluded later in the morning today upon the receipt of the report by the House of Assembly, which indicted Nyako, culminating in motion for sack motion which was supported by 18 out of 24 state legislators.