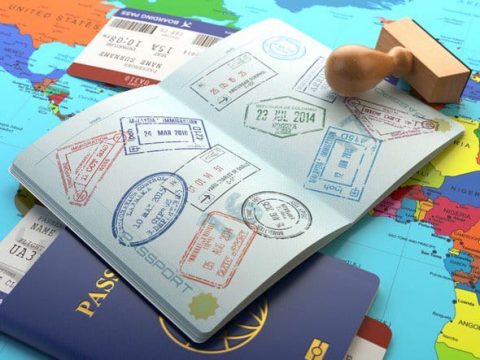 (AFRICAN EXAMINER) – The Interior Minister, Ogbeni Rauf Aregbesola, has approved reduction in Visa charges payable by U.S. citizens in line with reciprocity policy as recommended by a committee set up to conduct due diligence.

The minister, who announced this in a statement by the Director Press and Public Relations, Ministry of Interior, Mr Mohammed Manga, in Abuja on Wednesday said the fee had been reduced to $160 with effect from Aug. 29.

“The attention of the Ministry of Interior has been drawn to the introduction of reciprocity of Visa Fees by the United States of America.

“The Ministry acknowledges that there were engagements with the U.S. Embassy on the issue and in the aftermath, a committee was set up to conduct due diligence in line with the Ministry’s extant policy on reciprocity of Visa fees.

“The Committee had concluded its assignment and submitted a Report but the issuance of authorisation for its recommendations was delayed due to transition processes in the ministry at the policy level,” he said.

He said the ministry had approved the decrease and directed the Comptroller-General of Nigeria Immigration Service (NIS), Muhammad Babandede, to implement it.

“Accordingly, the Comptroller-General of Nigeria Immigration Service (NIS), Muhammad Babandede, has been directed to implement the decrease in Nigeria’s Visa charges to U.S. Citizens with effect from Thursday, Aug 29,” he said.

The U.S Embassy had on Tuesday announced increment in Visa Issuance Fee for Nigerians.

The embassy said that Nigerian Citizens would begin to pay a Visa Issuance Fee, also known as Reciprocity Fee, for all approved non-migrant visas beginning on Aug. 29.

The embassy said that the new reciprocity fee ranged from $80 to $303 and would apply to nonmigrant visas in the B, F, H1B, I, L, and R visa classifications.

The U.S. Embassy adopts the rate of N370/$1 for Nigerians which is higher than both the official rate and the black market rate.

The U.S. had earlier complained that its citizens were paying high fees to secure Nigerian visas.

Before the introduction of the reciprocity fee, U.S. citizens paid average of $180 to secure Nigerian visas.

The embassy said that since early 2018, the U.S. government had engaged the Nigerian government to request that it changed the fees charged to U.S. citizens for certain visa categories.

According to the embassy, after 18 months’ review and consultations, Nigeria has not changed its fee structure for U.S. citizen visa applicants.

It said that it was on that basis that the U.S. Department of State decided to introduce new reciprocity fees in accordance with U.S. visa laws.