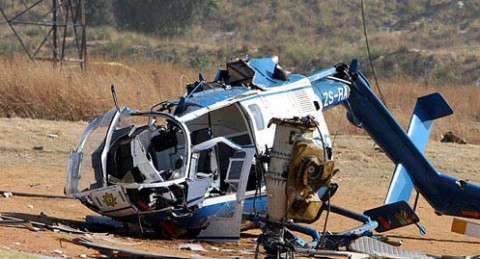 There has been a report crash of an Air Force Helicopter-Mi-35 in Barma, Borno State, North Eastern Nigeria.

According to the Defence Headquarters, spokesperson, Major General Chris Olukolade in a statement said the chopper came down on Monday afternoon sequel to technical problems at Southern part of the community.

He said the causality of the crash is not yet known, adding that investigation into the incident has commenced.

African Examiner’s correspondent gathered that the scene of the accident is one of the mostly affected areas in the raging insurgent attack in the North Eastern part of the country.