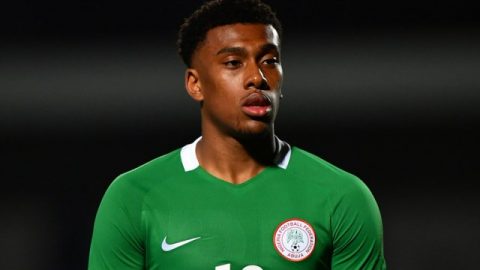 (AFRICAN EXAMINER) – Nigeria international and Arsenal forward, Alex Iwobi has made a debut in his first film titled: Inpadisu’ .

The movie expected to be released soon is now trending on social media, featuring Iwobi being pursued all over the place, apparently because of choices he made in the movie.

Iwobi himself has taken to his Instagram account – @Alexanderiwobi to confirm his role in the film alongside award-winning actress, Somkele Iyamah.

The Football star shared the thriller and wrote: “Shot my Nollywood debut last month. A movie about choices coming soon’’.

Fans have also taken to Instagram to laud the football star’s versatility and expressed their optimism on the quality production of the film.

@King_Chynee said, “I am anticipating. UNILAG will definitely rush this one.”

Iwobi, who was part of the 23-man team for the 2018 World Cup in Russia,  started as a youth international for England, with whom he won the Victory Shield in 2011.

He went on to play for Nigeria and made his senior debut for the Super Eagles on October. 8, 2015./ NAN