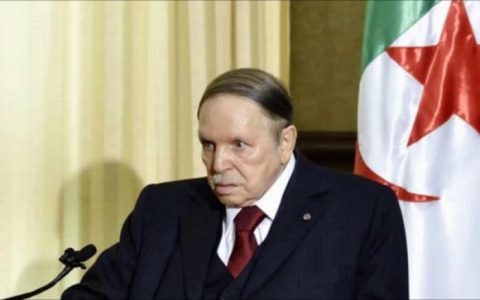 (AFRICAN EXAMINER) – President Abdelaziz Bouteflika of Algeria has  dismissed two army generals to tighten his grip on power ahead of him possibly seeking re-election next year and to diminish the power of the military, analysts and diplomats said.

Two weeks ago, Bouteflika, 81, sacked two more generals, bringing the number of dismissed top military figures to about a dozen in the last few months alone.

Easing the grip of an army dominating the OPEC oil producer since the 1954-1962 independence war with France will take time.

But the first results can been seen — dismissals that once caused tremors in the secretive North African country now seem routine.

“Generals used to sack, not to be sacked,” said one retired intelligence officer, asking like others not to get named due to the sensitivity of the issue.

“Decisions used to be taken at Tagarins, now they are taken at Zeralda,” he added.

Tagarins is the location of the defense ministry in central Algiers, while Bouteflika works in the coastal village of Zeralda, 20 km west of the capital.

When Bouteflika was first elected in 1999, the army and the intelligence services were seen as the real holders of power.

Now, amid speculation that he will bow to calls from the ruling party to run for a possible fifth term in presidential elections in 2019 despite health concerns, Bouteflika has been concentrating power in his inner non-military circle.

The recent sackings include four regional commanders, the head of military intelligence and several generals at the defense ministry, as well as police chief and army officer Abdelghani Hamel.

Before this year’s cull, Bouteflika had already sacked in 2015 the top intelligence chief, Mohamed Mediene, and tens of senior generals in the intelligence services.

He also replaced the main intelligence agency DRS with a new body called CSS led by a retired general, Athmane Tartag — it reports to the presidency, not to the military like before.

“It is a long process, the goal is to make the military more professional, and away from politics,” said Arslan Chikhaoui, chairman of a consultancy firm.

Changes in Algeria are closely watched as the country is a key ally in the Western fight against jihadism in the region and a top energy supplier to Europe.

If the shift away from the army continues, this might help investors tired of visa or project applications becoming stuck in a bureaucracy dominated by military and security figures suspicious of foreigners.

“That will be welcome news for foreign direct investors who will see the step as further normalization of the decision making process within the government,” said Geoff Porter, head of North Africa Risk Consulting.

Algeria wants to drum up more investment for its oil and gas sector to end years of stalling output.

Bouteflika hired in March 2017 a U.S.-trained new CEO to revamp state firm Sonatrach who has been rebuilding ties with oil majors who had lost interest in Algeria due to red tape, disputes and tough terms.

The biggest risk remains the health of Bouteflika who has rarely been seen in public since a stroke in 2013 confined him to a wheel chair.

A reminder of this was his trip last week to Switzerland to conduct what the presidency described as routine tests. (Reuters/NAN)