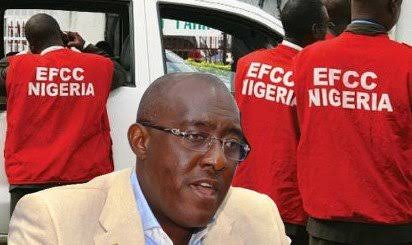 Justice Abang Tuesday made the order while his delivering a ruling after listening to the unedited video of the programme in open court.

Specifically, the parties are to be arraigned for participating and anchoring an AM programme on the station, “Sunrise Daily ” where it was alleged that contemptuous and prejudicial questions were asked and comments were made by Nwosu, Counsel to a former National Publicity Secretary of the opposition PDP, Mr. Olisa Metuh who is standing trial on alleged N400m money laundering.

The judge held that the accused should be arraigned in any court of coordinate jurisdiction within the jurisdiction of the court under Section 134(4) of the Criminal Code.

He restated that they should be arraigned for the court to determine whether questions asked by the three anchor men and the comments by Mr. Nwosu were not contemptuous and misleading to the public.

Justice Abang held that upon arraignment, the court shall determine whether Channels TV had not made prejudicial statement thereby misleading the public as well as distorting the facts of the case for selfish reason.

The judge who gave the FG 30 days timeline to comply with the order however held ‘’I cannot order arraignment of Ojogbane because I did not see his face, and his picture was not used. I only heard a voice, and it is risky to speculate.”

Consequently, Justice Abang ordered the Senior Manager News and Programmes, Channels TV, Oluyemisi Ipaye, to within 7 days from July 3, file 10 copies of the transcript of questions asked by the anchors of the programme.

Similarly, he ordered Ipaye to file 10 copies of the DVD showing questions asked by the anchors and comments made by Nwosu and Ojogbane.

Also, Justice Abang asked the prosecution to within 10 days, refer the matter to the Disciplinary Committee of the Nigerian Bar Association, (NBA).

He held that this was for the body to determine whether the comments made by Nwosu on the programme were in violation of Rules 33 of Rules of Professional Conduct of Legal Practitioners 2007.

The court equally further directed that the defence and prosecuting counsel should meet with the management of Channels TV to agree that the transcript represents questions asked and answers gotten.

Away from this, Justice Abang reopened Metuh’s suits in order to enable him testify personally, as well as call two additional witnesses.

However, Justice Abang vacated the order earlier made on May 25 – closing Metuh’s case, noting that the order was made in default, because his (Metuh) counsel was not heard.

Justice Abang subsequently warned Metuh not to cause any unpleasant scene or fall in the courtroom again adding that the proceedings shall be on a daily basis.

The suit has been adjourned till Wednesday, July 4, 2018 for the defence to call its remaining witnesses.