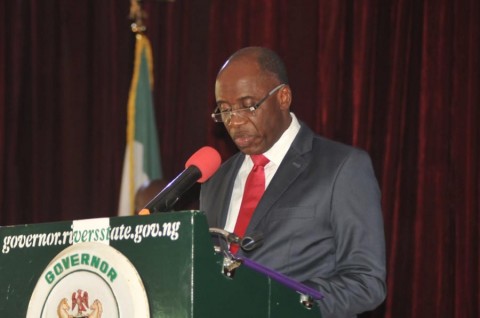 ABUJA, NIGERIA (AFRICAN EXAMINER) – The Minister of Transportation, Rt. Hon. Rotimi Chibuike Amaechi has charged members of the Governing Board of the Nigerian Maritime Administration and Safety Agency (NIMASA) to enthrone accountability and formulate broad policies aimed at achieving the set objectives of the Agency.

The Minister said this while inaugurating the 11- member Board at the Conference Room of the Federal Ministry of Transportation in Abuja.

“Your responsibilities as Governing Board members include setting operational, administrative policies in accordance with government policies and directives aimed at assisting the Agency achieve its mandate”, he said.

Hon. Amaechi emphasised the need for members of the Board to justify their appointments by promoting prudence, accountability, transparency, equity and fairness in the discharge of their responsibilities.

While congratulating the members on their appointment, the Hon. Minister tasked them on the need to engender a harmonious working relationship with the Management of the Agency emphasising that their membership of the Board was strictly on a part time basis.

The Minister admonished the members to be change agents through adherence to zero tolerance for corruption and to propagate the government’s anti-corruption stance by showing the example that change begins with me.

Responding on behalf of the members, the Chairman of the Governing Board, Major Gen. Jonathan India Garba thanked the President for finding them worthy of the appointment and assured the Hon. Minister that members would work conscientiously towards actualising the mandate of the Agency.

Gen. Garba further noted that members of the board were mindful of the position of President Muhammadu Buhari’s on corruption, emphasising that they would work diligently in accordance with extant laws towards actualising the government’s focus of accountability.