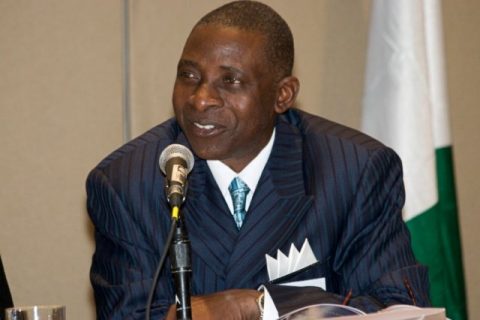 (AFRICAN EXAMINER) – Africa’s foremost cultural ambassador, Chief Tunde Adetunji on a mission to transform the world has begun moves to launch a global sensitization of “Brain Drain to Brain Gain” Campaign with a view to promoting understanding, unity, love and peace around the world. His concept of Creating One world keep us together through “Brain Drain to Brain Gain” despite Race color and Gender is already creating a wave of new HORIZON, Hope and Transformation for the new world order under the United Nations SDG7 2030 initiative.

Speaking to African Examiner from Atlanta, Georgia, Amb. Adetunji stated that in 2019 and beyond lectures, exhibitions and campaigns would hold in various cities and states in the US and around the globe on his forthcoming publications envisioned to be best seller namely, “Brain Drain to Brain Gain” , “Bridging the gap and Building the Bridge” Africa Matters and Africa is the Future” Heritage and Horizon. and,”Woman right is Human right”.

According to him, in the US, various events will hold at the following venues in the state of Georgia: Georgia State University, Apex museum, Heritage celebration @Hyatt regency Atlanta, Cobb county Library, Fulton county library, Auburn Avenue, 100 black men of America Inc. chapters in Atlanta and throughout USA.

He further explained that 2019 will be busy for him and his team worldwide, as the lecture series advance to many countries and cities such as: Vancouver, Toronto, Ottawa in Canada and in Europe which include London, Paris, Geneva, Zurich, Oslo, Stockholm, Dublin, Rome, Milan, Vienna, Belgrade, Zagreb, Warsaw and Moscow.

His words: “The previous exhibition and lecture series have made awesome impact locally and globally on various communities, institution and countries. This concept of BRAIN DRAIN TO BRAIN GAIN has become a concept of reality for change and transformation globally.

“It has become a sermon in churches worldwide; A lecture for change and transformation in schools and colleges; A theory for sociologist, philosophers Anthropologist on social changes and transformation.; And a solution for trade imbalance and globalization in the world. Overall this decade long visionary project has created and produced numerous jobs, endless opportunities, potentials and networks, talent development, scholarship, relief and support for less privilege and victims of natural disasters locally and globally. Adetunjis concept of BRAIN GAIN also focus on living a purposeful driven life based on turning passion to purpose. Through his philosophy and mission of his foundation he strongly believes one can only be more successful by helping others to be successful.

“The good thing is that it all started here in Georgia by Africa heritage foundation. The next phase of these lecture series, exhibitions and workshop will commence in January 2019 for the next ten years.

Chief Tunde Adetunji is the Founder and President of Africa Heritage Foundation, a social scientist and community oriented professional, a visionary, idealist, an embodiment of hard work, dedication and integrity confirmed that the global community is waiting anxiously for his return lecture series and campaign in all listed cities and countries having been there as erudite instructors and trainer during his tenure for (Swissair)  best airline in the seventies and late eighties. Adetunjis achievements and successes is also mirrored on Africa/Atlanta pet project, his centennial Olympics exhibition Celebrate Africa Journey through the ages, his presentation of Georgia Flag at the Africa Union commission Addis Ababa, his hosting of former Africa union Chairman Jean Ping and United nations undersecretary general at the state capitol Georgia to address  “Brain Drain to Brain Gain”and the passing of resolution of life and time of Nelson Mandela at Georgia state capitol as well as resolution and  proclamation  making Atlanta and the state of  Georgia the gateway and  epicenter of  the 55 Nations of Africa to USA.

Adetunjis project of bridging the gap and Building the bridge has been nominated also for world most prestigious award on Sustainability for the fifth time (Energy Globe Award 2019) in Vienna Austria making his legacy as Africans pride in Diaspora fully secured. Amidst all his accomplishments Adetunji a courageous and well discipline leader humbly remains modest and hopeful that, the best is yet to come. He is also the African cultural Ambassador whose decades of achievements and success in the diaspora promoting culture, peace and unity and love are unarguably sources of pride to the global community. “Team work makes the dream work” Our Foundation appreciate your support, of this worthy and noble initiative.

For your contribution, membership, participation and more information of this noble objective please visit www.ambtas.com.