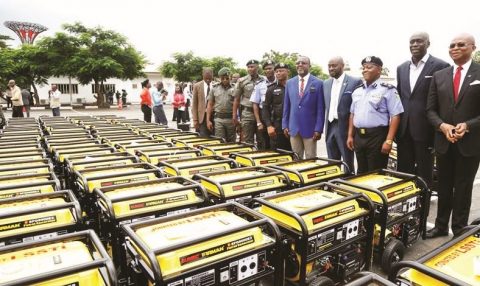 Speaking at Lagos House,  Ikeja, while handing over the sets to the police, the governor reiterated his administration’s commitment to ensure safety of life and property.

Ambode, who was represented by Chairman of Lagos State Security Trust Fund (LSSTF) Mr Oye Hassan-Odukale, said the security of residents and investors remain a cardinal objective of his administration.

He said the generating sets were procured by LSSTF.

According to him: “Lagos is the safest state in the country and we hope to make it among the safest in Africa. Anything about security is given priority by our administration. Lagosians are now feeling safe. The safety that we are experiencing don’t come cheap but I like to assure that we are always willing to move at any time to ensure that we keep Lagos safe,” he said./The Nation