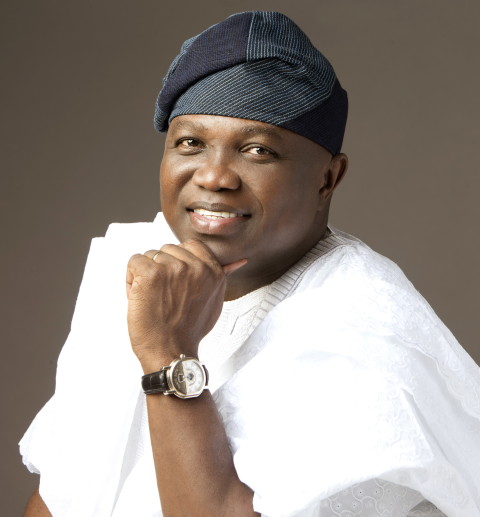 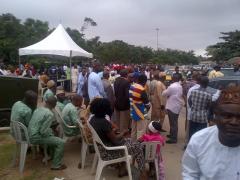 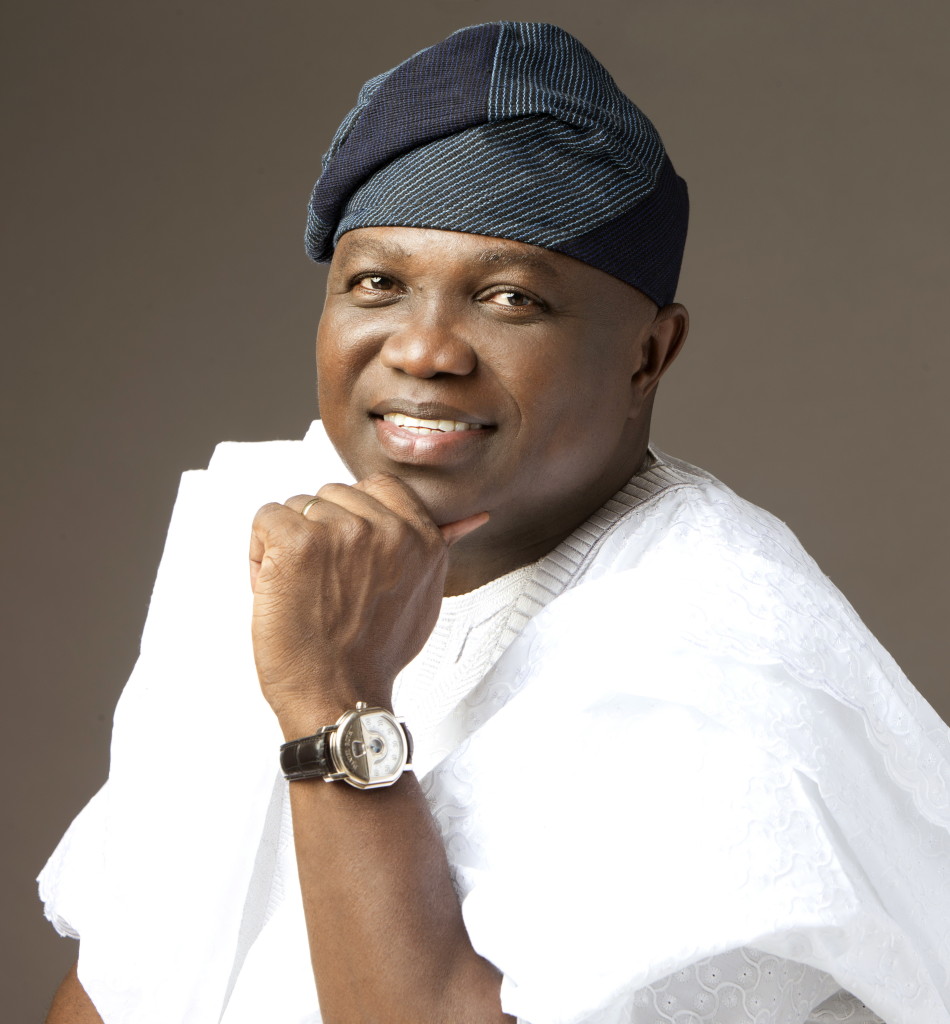 Mr. Akinwunmi Ambode, former Accountant General of Lagos State has opened his campaign office at Gbagada area of Lagos in readiness to battle other All Progressive Congress (APC) aspirants for the governorship ticket of the party.

Ambode is being backed by the APC National leader, Aiswaju Bola Tinubu to fly the party’s banner against the Peoples Democratic Party (PDP) for the governorship seat of Lagos next year. 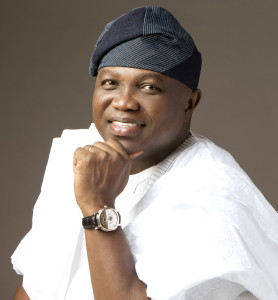 Governor Babatunde Fashola of Lagos is not in good term with Ambode and has pitched his tent with his Commissioner for Works and Infrastructure, D. Kadri Hamzat, who also recently declared his ambition for the governorship seat.

A large crowd thronged the office on Monday at Gbagada, but more than half of the supporters were shut out as there was no space inside the hall in the office to accommodate the surging crowd.

There were chant of praises for Ambode by women political clouts that thronged the venue in large number and other political big wigs in the state loyal to the aspiration of Ambode.

There were pockets of fighting outside the office as some political supporters attempted to gain entrance forcefully but were repelled by security at the gate, as security in the area was tight.

The hall in the campaign office was filled to capacity with many having to stand and watched.

In his speech, Ambode urged his supporters to brace up for the challenge at the party’s primaries and charged them not to fight during the primaries as his chances were bright.

The governorship aspirant set up a committee to carry his message across to the people at the grassroots, saying that he would a Lagos that everyone would be proud of.

According to him, his mission was to build a new level of leadership that would stamp out poverty totally from Lagos State, adding that he would choose a date to formally declare his ambition to the entire Lagosians.

One of Ambode’s staunch supporters is Alhaji Abdullateef Abdulhakeem, former Special Adviser to the Governor of Lagos on Political Matters. He said he would to deliver the votes of the entire Muslim community in Lagos for Ambode, as Ambode is the right man for the job.

According to him, he is speaking on behalf of the Imams, Ansarudeen, and other Muslim bodies in the state who were in support of Ambode’s ambition.

He said it was not true that the Muslims were against the emergence of a Christian governor in Lagos, stressing that the Muslims would whole heartedly support Ambode when he eventually emerged the flagbearer of the APC for next year’s poll.

He lamented a situation where political opponents were playing politics with Fashola’s reduction of school fees at the Lagos State University, saying the party was being proactive.

Hon. James Faleke, House of Representatives member representing Ikeja Federal Constituency said Ambode’s emergence is a divine intervention, saying that other APC aspirants would all end up to support him later for the party to continue to govern Lagos.

According to him, he had the right to support whoever he wished despite the fact that many aspirants were vying to get the nod of the APC to fly the party’s banner in next year’s polls.

“So many aspirants are running but you decided to come here, I am not forced, I have followed his good work of Ambode at the grassroots level. He is a team player, he is a man whose yes is yes. He does not believe in punishing others because one makes mistake but correct you. He humbled himself and God will humble him, he will become governor in Lagos State,” he said.

Faleke said party of his gift to Ambode was to deliver Ikeja LG, Onigbongbo and Ojodu Local Council Development Areas, LCDAs to Ambode.

He appealed to supporters not to fight during the primary election of the party as the Ambode camp is not breeding fighters but people who would comport themselves appropriately.

However, Ambode is championing his course through the Akinwunmi Ambode Campaign Organisation (AAMCO).