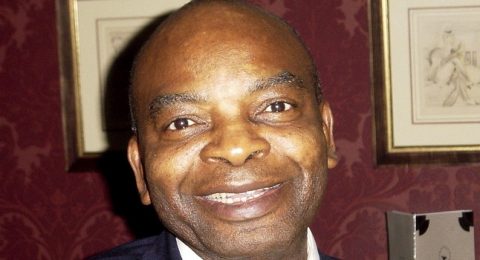 The leaders, under the aegis of Abagana Welfare Union, urged the top police boss to sanction the Anambra State Commissioner of Police Mr. Samuel Okaula, Area Commander Longe, as well as the Divisional officers for Njikoka and Dunukofia local government areas, police officers the town union said have been heavily compromised by Prince Arthur Eze.

Dated August 29, 2016, the petition faulted Police Commissioner Okaula’s recent claim that 23 persons he paraded in Awka were terrorists.  On the contrary, said the petitioners, Arthur Eze had been using the police to terrorize law-abiding residents of Abagana. The petition was signed on behalf of the Union by Barrister Emma Ifeadike.

“We are constrained to draw your attention to mounting threats to the peace, law and order of Abagana community by the Commissioner of Police, Anambra State, Mr. Samuel Okaula, the Area Commander (Awka) ACP Longe, as well as the Divisional Police Officers in charge of Dunukofia and Njikoka LGAs by their bid to forcefully take over the ancestral land of Abagana community, at the instigation of Prince Arthur Eze,” began the petition.

“The aforementioned police officers, who ought to be officers of the law have, quite regrettably become pawns on the chessboard of this moneybag whose cliché is “every man has a price” and that “when money talks, bullshit works.

“The genesis of this is a lingering land dispute between Abagana and Ukpo towns. Even though the expanse of land historically belongs to Abagana, the people of Ukpo led by Prince Aurthur Eze and his brother, the traditional ruler of the town, Igwe Robert Eze, have been laying claim to the land- the same way they have been falsely laying claims to lands belonging to Enugwu-Agidi and Abba towns.

“A High Court of Anambra State had earlier given judgment in favour of Ukpo. Dissatisfied with the judgment, Abagana filed an appeal before the Court of Appeal, Enugu. The Appeal is listed as CA/E/86/2002 and motion CA/110M/2015.

“Despite the pendency of the appeal, Prince Arthur Eze, with cover from the heavily compromised COMPOL Samuel Okaula and over 200 armed policemen and vigilante from Ukpo, moved bulldozers and allied earthmoving equipment into the disputed land. As Abagana people watched helplessly, the machines bulldozed their homes, graves, farmlands and economic trees. To secure the captured territory, Prince Arthur Eze built a police post thereon, and with illegal police protection hurriedly began building up the place, apparently to frustrate the upcoming appeal.

“On August 19, 2016, there were reports of an attack on properties erected by Prince Arthur Eze on the disputed lands. From every indication, the destruction of properties was orchestrated by Prince Arthur Eze himself, to rope in the leaders of Abagana community. Few hours later in the morning of August 20, 2016, COMPOL Okaula, working according to plans with Prince Arthur Eze, personally led an operation to Abagana and arrested scores of people believed to be close to Chief Emmanuel Nwude, Owelle Abagana whom he suspected was financing the attack and court case against Ukpo.

“Curiously, barely 24 hours after the reported attack, COMPOL Samuel Okaula addressed a world press conference where he paraded 10 workers of EM Guest Inn, Abagana, owned by High Chief Emmanuel Nwude. Without any shred of evidence, and in clear departure from what had originally been dubbed “Case of Conspiracy and Murder”, COMPOL Samuel Okaula tagged the arrestees “terrorists”, just to appeal to his financier Prince Arthur Eze. Quite laughably, COMPOL Okaula has manufactured “dangerous weapons” including arms and ammunition, which he claimed the “terrorists” used to attack the police post.

Continued the petition, “It might interest you to note that COMPOL Okaula has since ordered the release of ALL suspects from Prince Arthur Eze’s town Ukpo arrested in the Abagana raid, confirming his partisanship. My clients strongly believe that COMPOL Samuel Okaula has declared war on Abagana. Prominent sons of Abagana lucky to have escaped arrest have gone into hiding, as Prince Arthur Eze boasts that he has the resources to get the police arrest One million people, if need be,” stated the petitioners.

They appealed to the police boss to “order COMPOL Samuel Okaula to immediately release all persons arrested in the wake of the latest round of clashes between Abagana and Ukpo youth, as the youth of Abagana are becoming restive with each passing day,” stressing, “alternatively they should be charged to court.”

Aside urging the Inspector General of Police to “direct the take-over of investigation into the most recent bout of violence on the Abagana-Ukpo border as the Commissioner of Police Anambra and the aforementioned officers have largely compromised their positions and can no longer be trusted to conduct an impartial investigation,” the petition asked him to “investigate Prince Arthur Eze for terrorizing the peace-loving people of Abagana.”