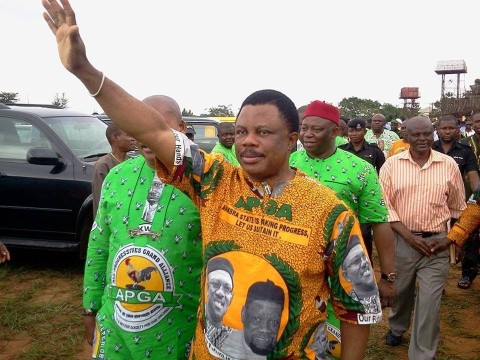 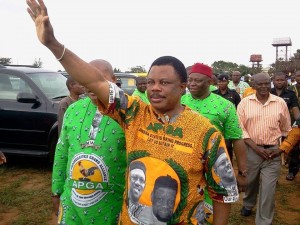 Besides, the tribunal also struck out the petition of Dr. Chike Obidigbo, who is contesting the All Progressives Grand Alliance ticket with Obiano at the tribunal.

African Examiner reports that while Obiano emerged on the ticket of the Victor Umeh-led faction of All Progressive Grand Alliance APGA’s ticket, the Maxi Okwu-led faction produced Obidigbo.

The tribunal however, held in its ruling on application of Obiano, asking it to strike out aspects of the petition, including the paragraph on the said multiple registration, filed by the governorship candidate of the Peoples Democratic Party, PDP  Mr. Tony Nwoye, that the issues of multiple registration had already been determined by a High Court in the state, which bars the tribunal from reopening the case.

According to the panel, the Electoral Act stated that multiple registration was not a criminal offence and in the case of Obiano, he had not been convicted of the offence, and therefore, it could not be used against him.

It further stated that supplying false information to the Independent National Electoral Commission INEC was not enough to disqualify a person from contesting for an elective position unless a court disqualified such person.

Ruling on the matter, Justice Akintola Akiniyi, explained that the issue of multiple registration and that of underage registration and voting are pre-election matters which the tribunal had no jurisdiction to entertain.

Hear him: “Consequently, that paragraph of the election petition relating to pre-election matters, the said affected paragraphs are hereby struck out.”

Obidigbo, an Enugu based industrialist, had prayed the tribunal to let him be joined as a respondent in all the petitions filed against the election of Obiano.

But the panel ruled that apart from the issue of time limitation catching with the applicant, Obidigbo was nowhere found in any of the bodies of all the petitions before the tribunal.

Chairman of the tribunal, Justice Bello Usman, who delivered the pre-trial ruling, had declared that the decisions of the tribunal on the petition would therefore not affect Obidigbo.

With the development, the coast is now clear for the swearing in and inauguration of Obiano come March 17, a day the incumbent Governor, Mr. Peter Obi, who had governed the state for eight years under APGA platform would be handing over mantle of leadership to the incoming chief executive of Anambra.