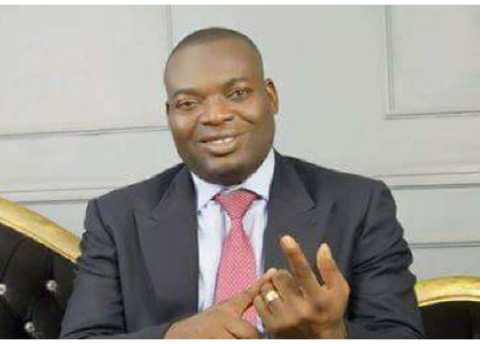 It said the candidate is broad minded, pro-people and has all it takes to win the November 18 Governorship election in the state.

In a statement issued by the State Chairman of BSO, Chief Anike Nwoga and made available to newsmen Tuesday in Enugu after its South East Zonal meeting in Enugu, the state capital, the Pro-Buhari Group called on All Progressives Congress (APC) members in the entire zone “and indeed Ndi-Anambra to rally round Hon. Nwoye, as his victory will take Ndigbo into the mainstream.

“It is our candid view that it is high time Ndigbo returns to the mainstream of Nigerian politics, enough of lamentation and complaints of marginalization from outside the ring.

“Our ancestors admonished us that when you’re not there, your yam is thrown off the fireside. In the same vein we cannot forget the ageless lessons we learnt from the great Zik of Africa.

“If Zik were to be alive, he will vote for Hon Nwoye who when at the National Assembly cultivated nationwide contacts which we need at this material time for development. Zik will put the collective interest of Ndigbo nationwide ahead of parochial interest.”Chief Anike a Zikist said.

“BSO South East called on the APC gubernatorial aspirants to rally round Hon Nwoye for his success is the success of all as their supporters, who will be part of Nwoyes’s new government.

“We therefore appeal to propagandist to stop campaign of calumny against Nwoye, who emerged from the only free, fair peaceful and transparent party primaries among the three major political parties in Anambra State, ahead of the polls. APGA, PDP and even UPP primaries were marred by irregularities and breach of internal democracy tenets.

The pro-Buhari group when reminded of a statement released to journalists in Enugu few days ago by a group, APC South-East Volunteer Movement, warning that APC would lose the Anambra Governorship election if it fields Tony Nwoye as its flag-bearer for the November 18 polls, replied in politics you expect such rantings and bogus claims, that’s why we are appealing to all.

In the said statement by one Anene Chikezie, the group had claimed that the core APC people in Anambra State were not happy because people who suffered for the party were abandoned, especially the defunct Congress for Progressive Change (CPC) group.

While opposing, the group, noted that Hon Nwoye’s victory would produce Commissioners, Board members and all sorts of quasi-appointments and at the same time would be better placed to attract Federal appointments, which would include defunct CPC members.

According to BSO, Anene Chikezie exposed his sheer ignorance of developments in the party by citing the case of last Bayelsa State Governorship election, when claimed that the APC flag-bearer was changed to give credibility to the party.

BSO made it clear that Timipriye Sylva who won the APC primaries participated fully in the election and was never submitted as claimed by the group.

“It is also spurious for the faceless group to accuse the delegates of inducement in voting for Nwoye in the primaries, the people know that all the aspirants did their best to win the primary at the Professor Dora Akunyili Women Development Centre;

“The truth is that the delegates conscientiously gave their votes to Nwoye, knowing that he clad the peoples interest at heart and possesses the brain and the brawn to win the governorship polls on November 18. His antecedents are there to speak for him.

“The valid questions are did Hon Tony Nwoye induce the Anambra East and West electorates to win the House of Representatives in 2011 under Governor Obiano’s watch?

“In sum, it is obvious that the delegates chose Nwoye because he represents a generational change in leadership, pro-people and has the requisite experience to win the election” BSO said.

On the reference made to Nwoye as a stranger in APC, BSO recalled that APC held a an emergency national convention, shortly before the 2015 general elections where the party resolved that defectors were entitled to the same privileges with old members.

“That he won under incumbent Obiano’s watch is the gross anxiety being displayed and the signpost of what to expect in 18th November, 2017 Gubernatorial election.” Chief Anike stated.