Anambra Guber: UPP Reverses Self, lifts Suspension on Chidoka, Others 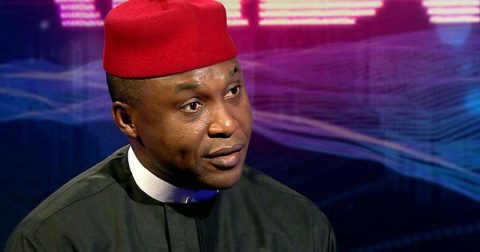 (AFRICAN EXAMINER) – Barely three days after the Anambra State chapter of  the opposition United Progressives Party (UPP), slammed an indefinite suspension on former Corp Marshal of the federal Road Safety Commission FRSC, and  governorship Aspirants in the November 18, governorship election in the state and other officials, the party has lifted the suspension, declaring that the allegation leveled against them lacked merit.

African Examiner recalled that Chidoka, and Chief Chudi Offodile another frontline gubernatorial Aspirant in the forthcoming Anambra election, as well as its National Treasurer, Flint Obiekwe,  and Assistant National secretary, Mr. Nwabueze Anyichie were suspended by the party’s leadership in the state on the 15th of August over alleged anti party activities.

However, in a communique’ issued at the end of a crucial meeting of the State Working Committee (SWC), National Working Committee (NWC) and other stakeholders Friday , the state executive pledged loyalty to the National Chairman, Chief Chekwas Okorie.

The communiqué, signed by the state chairman , Dr Sylvester Igwilo, and Mr Fidelis Okafor, Secretary, expressed regrets over the damage caused by the allegations.

It declared  that the SWC was in full support of the gubernatorial primary election slated for Saturday and promised to make the exercise  successful.

The party  explained  that after a crucial review of the allegations against Chidoka and Offodile, it concluded that they were unfounded and lacked merit.

“That the various allegations peddled against the National Chairman, Chief Chekwas Okorie, are spurious and unfounded.

“The SWC while reaffirming our loyalty to the NWC and National Chairman of the party regretted the inconvenience and damage the unfounded allegations might have caused his reputation and the party.

“The forthcoming gubernatorial primary of our great party scheduled for Aug. 19 will proceed as scheduled and the SWC is committed to ensuring a peaceful, free and fair congress/primary of our party.

“Our party is now more united, stronger, bigger and focused for the success at the Nov. 18 governorship election.

“All security and law enforcement agencies, Independent National Electoral Commission and the public are hereby notified,” it said.