APC Blames Lagos CP Over Removal Of Posters By PDP 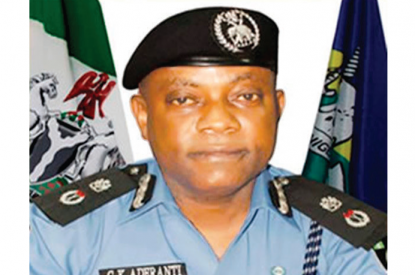 The Lagos All Progressive Congress (APC) has alleged that PDP members buoyed by the show of bias demonstrated by the Lagos State Police Commissioner, has resorted to removing APC posters and banners all over Lagos.

It said this is a dangerous display of political rascality and crass illegality that will not be allowed to endure in Lagos. 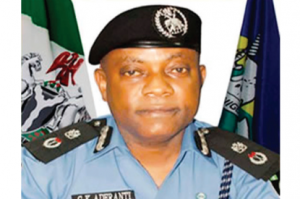 In a release in Lagos, signed by the Lagos State Publicity Secretary of the APC, Joe Igbokwe, the party said that the open display of outlawry and brigandage in Lagos by the PDP in respect of placement of posters stems from the open show of support which the Lagos State Commissioner of Police showed to PDP in utter disregard of the existing laws of the state.

It warned that nothing should be made to breach the peace and security of Lagos by either the PDP or the police as the state and its law abiding citizens will rise up to meet any challenge thrown to the state by desperate political invaders.

“We recall that recently the Lagos PDP alleged that it was not being allowed to paste posters in Lagos, which necessitated the intervention of the state police. It would also be recalled that the Lagos Police Commissioner summoned the Managing Director of LASAA, the Lagos agency that had been regulating advertising and pasting of bills and posters in Lagos.

“We note that the LASAA MD explained to the commissioner of Police the laws and regulations guiding pasting of posters in Lagos, which had existed for years now and which the PDP had consistently flouted. But to our utter disdain, the Police Commissioner rushed to air even while the meeting had hardly ended with a threat to arrest LASAA officials for doing their lawful duties thereby not only approving the unlawful activities of PDP without regard to the laws of the state.

“Following from this tacit support from the Commissioner of Police, the PDP members and agents commenced the process of removing the posters and campaign bills of APC in the entire Lagos Island. They have gone further to lay their posters on top of APC posters in flagrant disregard of the feeling of Lagosians and the Commissioner of Police has remained conspiratorially silent,” it stated.

The party recall that recently, a PDP leader, Bode George visited someone in Adelabu Street Surulere and that his supporters and hangers were witnessed by all removing APC posters and placing PDP posters in their stead.

“We ask, is this the real intendment of the Lagos State Police Commissioner in issuing the tendentious and clearly partisan threat of arresting LASAA workers for doing their lawful duties? While we await the action of the Lagos State Police Commissioner on these flagrant display of illegality and actions against our party, we want to warn that we will not take kindly to any effort by any invading party and the police to intimidate us in our state.

“We warn that nothing should be done to provoke our members to acts capable of breaching the peace of Lagos for which we have worked tirelessly to build. We ask the State Police Commissioner to refrain from giving tacit support to the PDP and shielding them from sanctions from illegal acts. Most importantly, we restate that nothing can make Lagos fall to an invading force that has not only wrecked Nigeria but also endangered the peace and security of Nigeria for its selfish interests,” APC stated.