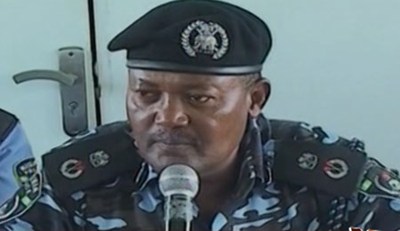 The All Progressives Congress (APC), Rivers State Chapter, has called for the dismissal of Mr Joseph Mbu, the controversial FCT Police Commissioner who on Monday banned the peaceful protests by the Oby Ezekwesili-led #BringBackOurGirls coalition, only to be over-ruled by the Inspector General of Police, Mr Mohammed Abubakar. 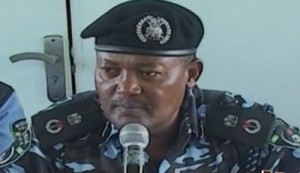 Rivers APC described Mbu’s action as “the height of embarrassment for the Nigeria Police,” and demanded that “Mr Mbu should be shown the way out of the Force now before he drags the name of the Force deeper into the mud.”

Rivers APC in a statement issued in Port Harcourt by the State Chairman, Dr. Davies Ibiamu Ikanya, said that “Mr. Mbu obviously did not clear with his superior, the IGP, a disgraceful action that illustrates his disdain for good order, decorum and constituted authority.”

“How on earth could CP Mbu outlaw the #BringBackOurGirls peaceful rallies aimed at awaking President Jonathan Goodluck and his Presidency from their slumber on the security challenges and the shame arising from the kidnap of over 250 of our girls and our future mothers by the evil-minded Boko Haram? Does it mean that Mr. Mbu does not know that peaceful protest s a right guaranteed all Nigerians by the Country’s Constitution?” Rivers APC asked.

The party recalled the ordeal of Rivers State in the hands of CP Mbu before his redeployment to the FCT following the endless outcry of Rivers people. According to the party, “When we were shouting about the inimical acts of CP Mbu, nobody paid any attention to the nuisance this man had constituted himself but as soldiers of democracy that we are, we continued to endure him until God in his wisdom touched the hearts of our tormentors to further expose him to the entire world by posting him to Abuja after being rejected by various State Governments. To us in Rivers State APC, CP Mbu is a nuisance, anti-democrat, unprofessional and not expected to parade himself within a democratic set-up.

“CP Joseph Mbu, who had been lying low since he was posted out of Rivers State after holding the entire State to ransom based on his undemocratic acts and unprofessional policing, came back to life, once more exhibiting his hatred for normalcy and civilisation by ordering the stoppage of peaceful rallies in Abuja aimed at exposing the wicked acts and incompetence of officers of the Ministry of Education under the watch of Chief Nyesome Wike that have closed our Federal Colleges of Education and Federal Polytechnics for over nine months. Minister of Information, Labaran Maku, brought back life into CP Joseph Mbu when he ignorantly termed the #BringBackOurGirls campaigners APC members. On hearing that these campaigners may be APC members and feeling that he was still in Rivers State, Mbu made promptly and illegally announced the banning of the rallies.

“As much as we commend the Inspector General of Police, Mohammed Abubakar, for acting swiftly reversing the ill-advised ban, we wish to urge the Police Service Commission to consider the shame and embarrassment which this man has brought to the entire nation and to the Police in particular, and heed our wise counsel to either dismiss CP Mbu or repost him to Borno State to tackle the menace of Boko Haram since he hates to see peace in any environment where he operates.