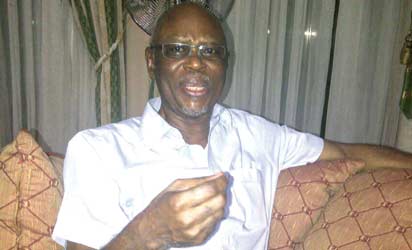 Less than a week after its first national convention, protests by members of All Progressive Congress (APC) have trailed outcome of election of national executive officers of the party as the aggrieved women under the aegis of of Nigerian Women’s Trust Fund (NWTF) and Women in Politics Forum (WPF) have expressed displeasure over alleged marginalization.

Chairperson of the group, Mrs Ebere Ifendu while addressing newsmen in Enugu Tuesday, said her members were alarmed that despite the qualification of a woman aspirant, Mrs Zuwaira Sani Bakori, for the position of Deputy National Organizing Secretary at the convention, she was instead deliberately frustrated by electoral manipulation

Mrs Ifendu stressed in the name of justice, the APC leadership should invite Mrs Bokori who is from Kaduna Chapter of the party and look into the matter.

The women leader regretted that since they sent a petition to the new national Chairman on the situation, the group was yet to receive any response, indicating that the only feedback received so far, was the announcement of the swearing-in of the newly-elected national officers.

Ifendu also accused APC of setting a “dangerous precedent”, alleging that of all the 46 positions in its national EXCO, only eight were clinched by women.

“Hajiya Bokori must be commended for standing tall and taking this bold step to represent her party at the National level.  She followed due process every step of the way from the Ward Congresses in her state to the purchase of nomination forms and screening and she is competent to run and must be given a fair chance to represent her party and her state”, Mrs Ifendu contended.

She appealed to the APC leadership which prides itself as a role model political party, to ensure that the process was fair and transparent before swearing in anyone into the position aspired for by Mrs Bokori.

“It is important that as Nigerians prepare for the 2015 general elections, the rights of women to participate are not deliberately thwarted internally by their own parties”concluded Ifendu.