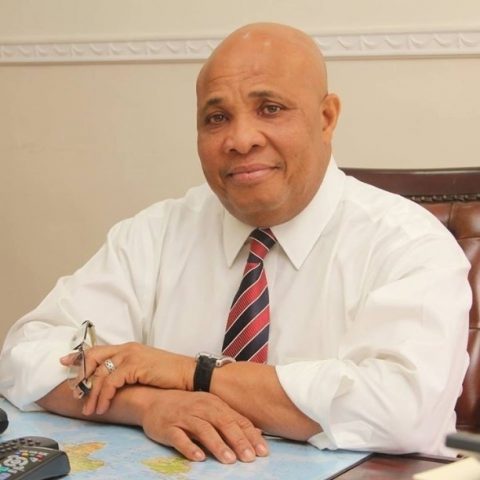 (AFRICAN EXAMINER) – The Court of Appeal sitting  in Enugu, South East Nigeria Wednesday night upturned the judgement of an Enugu State High Court that sacked Victor Oye as the National Chairman of the crisis-‘ridden  All Progressive Grand Alliance  (APGA).

Action of the  lower court followed a suit filed  by the Secretary of the party in Enugu State, Comrade Mike Alioke, who challenged the continued occupation of the national chairmanship office of the by Oye after the National Working Committee (NWC) of the party affirmed his suspension on October 5th, 2016

But, delivering judgement on an appeal brought against the judgment of the lower court to the appeal court by Oye, the court presided over by Abdul Aboki affirmed Victor Oye as the National chairman of APGA.

Justice Aboki, who set aside the judgment of the lower court, and read the lead judgment of his 3- man panel of justices, insisted that Appellant, was not  giving a fair  hearing hearing, adding that Oye’s fundamental right was breached.

Lead Counsel to Oye, Emeka Etiaba, a Senior Advocate of Nigeria, SAN  in his reaction on the judgment  said the implication of the verdict was that it is only Chief Oye,s led executive of APGA that has the right to present the governorship candidate of the party in the November 18 Anambra State election.

Meanwhile, the two issues formulated in the appeal by the Appellant were all resolved in his favour.